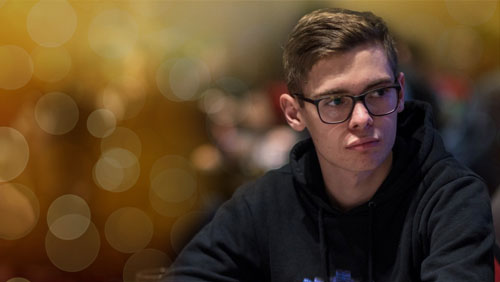 It’s easy to look at modern-day poker heroes as transitory legends, players who might one day fade into the ether, unlike solid gold stars of the game such as Doyle ‘Texas Dolly’ Brunson or Phil ‘The Poker Brat’ Hellmuth.

Some, however, stand out no matter what age they are and one such phenomenon is German super star Fedor Holz.

With over $32 million in live tournament winnings alone, Holz is 8th on the all-time money list and has been semi-retired for a few years too. Where did Holz spring from and how did he turn into one of the best poker players of all-time?

The Origins of an Icon

Fedor Holz’s poker career at the live felt didn’t begin until 2012, when he came 2nd in a 228-strong field €500-entry event in Rozvadov.That was only the beginning of a sensational live career, but for many years, Holz dovetailed appearances in televisedand live events withhis online career.

Playing under the name ‘CrownUpGuy’, Holz won the World Championship of Online Poker (WCOOP) for $1.3 million in 2014. By then, he’d cashed numerous times on the live circuit, including in Spain on multiple occasions in the European Poker Tour side events. With several five-figure cashes behind him, Holz was building a reputation as a breakout superstar of poker.

A Legend Within His Time

For some players, winning consistently is enough of a battle, but Fedor Holz always seemed destined for something more. It was in 2014 that this reporter first saw him in a high roller event and was impressed by how he carried himself.

The poise Holz had at the table and decisions he made marked him out as one to watch from a professional point of view, but his steely determination hinted at a huge personal drive. That magnetized money for several years as Holz turned from tournament pro and online sensation to a genuine superstar of the modern game.

As poker got more and more aggressive, Holz was in his element at the top of his game just as Game Theory Optimal play was becoming more and more prominent. With major victories in tournaments such as the High Roller for One Drop in 2016, which Holz won for just under $5 million.

In 2018, Holz would come 2nd in the Big One for One Drop final, which cost a million dollars to enter and would feature a phenomenally entertaining hand featuring Holz, Rick Salomon and Byron Kaverman in a three-way all-in.

In an around this era, Holz seemed to have a magical quality about him. He seemed to ‘get there’ on multiple occasions whenever a big pot was on the line and it created an inflated reputation for fortune for the German. His skill was huge, and any fortune was earned, which saw him rocket up the all-time money list.

Fedor Holz declared retirement from poker a couple of years ago but has maintained a semi-regular presence at the live and online felt, which has led to more huge wins. In 2017, he co-founded Primed Mind with Elliot Roe, a hypnotist who Holz himself credited with having a huge positive effect on his career. Holz was just 23 years old.

In October of 2019, two years after the launch of Primed Mind, Holz worked with Matthias Eibinger to develop Pokercode, a training site based around GTO strategies for elite level players.

With a burgeoning career as an entrepreneur as well as playing poker at the highest level in tandem with his business ambitions, Fedor Holz may be a poker idol, but he’s sure to be around for many years still to come.