Home / Poker / Fedor Holz loves the heat, gets into the kitchen; uses the wrong chip 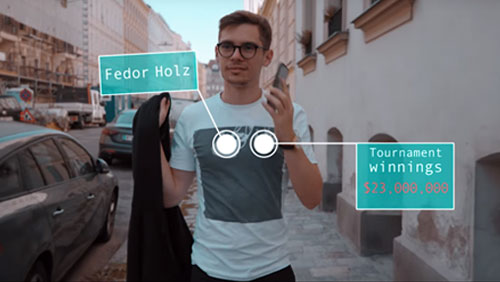 The German superstar, Fedor Holz, expands his brand beyond poker by creating a new documentary and ignoring the heat to spend time in the kitchen.

Poker fans, dip into your pocket and spend $9.99 on a PokerGO subscription because September is going to be more entertaining than a Butlins holiday camp.

Butlins works because of the hard working red coats.

The Poker Masters will work because the very best poker players in the world are showing up to win a purple coat.

At least, we think they’re showing up.

With two days to go before the beginning of what could turn out to be the greatest high roller tournament series in the business, we still don’t know who is playing. But at least I know why. Poker Central doesn’t know who’s playing. That’s something I’d change if we are going to see Poker Masters develop into more than a one season wonder.

One player who is sure to make an appearance is Fedor Holz, and he won’t be alone.

Yes, the most talented wizard of recent times is bringing a camera crew to turn his Poker Masters experience into a documentary, and has one helluva reason to get his haircut each week. Holz is that big-time; he won’t be selling the rights to Poker Central, he’ll be showing the documentary through his company Primed.

Only a few weeks ago, Holz showed he wasn’t afraid to innovate when he interviewed a very, very smart dude, while in the kitchen trying to do his best impersonation of Gordon Ramsay.

The guy is a genius.

Joey Ingram, get in the kitchen, son.

Holz is calling the documentary ‘In The Life of a Champion, ‘ and it runs Sep 13 through Sep 20, with the 15-20 minute episodes giving his fans a glimpse into his preparation rituals, interviews, behind the scenes footage, and how he celebrates after taking the thing down.

I know you don’t know much about cooking, but seriously, Fedor, didn’t your parents teach you how to make the perfect chip?