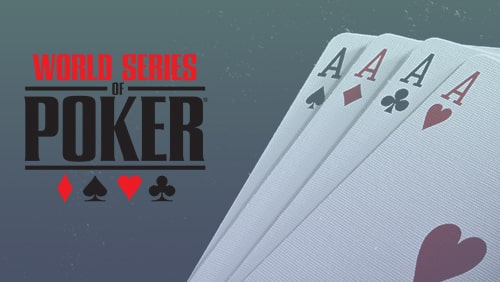 German superstar Fedor Holz crowned yet another day as champion in his incredible career as the young pro and entrepreneur booked yet another win at the tables. This time it was the World Series of Poker that fell under Holz’ spell as the man behind Pokercode, an elite GTO-training site, took down the $25,000-entry Heads-Up WSOP Event for a massive $1,077,025 payday.

With just four players remaining from the initial 127 entries in the event, seven heads-up wins against the toughest opposition were required to earn the much-coveted golden WSOP bracelet.

At the end of the final day, Holz had earned that bracelet beating some superb adversaries along the way to even make it to the final stage. In the first five rounds, Holz had eliminated Luc Greenwood, Anton Morgenstern, Robert Flink, George Wolff, and Justin Bonomo, second place on the all-time money list and the man who prevented Holz winning the million-dollar-entry Big One for One Drop event two years ago in 2018.

The final four players contained stellar names too, however, with Holz having to beat two fantastic poker players in their own right to claim the ultimate victory.

First, the young German player had to beat Spanish super high roller regular Sergi Reixach, who has enjoyed some great results in the last year alone.

Reixach took the lead early on in the heads-up clash between the pair, with the match lasting 45 minutes. Holz fought back from a first level deficit saw him holding only half of Reixach’s chip-stack, but a set of fives saw him nibble back a little of the margin before the lead changed hands. Holz was growing in power and Reixach could clearly sense he needed to turn the tide. In trying to do so, he flopped an ace with ace-jack, but Holz would turn the flush to move all-in on the river. Reixach couldn’t resist making the call and he was out in the semi-final.

The final player standing in Holz’ way was Brazilian player Brunno Botteon and the final saw a much swifter conclusion. Botteon never fully challenged Holz after the German built his way into a lead fairly quickly, eventually sealing the deal with this dramatic hand which Holz filmed for posterity.

Having won over a million dollars, Holz has closed to within three-betting range of David Peters and 7th place on the all-time money list. For a man who told the poker world that he retired a couple of years ago, it’s the latest signal that not only is Holz here to stay in the game, but he intends on dominating it like he has before so many times.

Who would bet against Holz performing further miracles of success when live poker returns? Not us, that’s for sure. This latest WSOP bracelet win, his second in his career, clearly means as much to him as any other title won during his illustrious career.