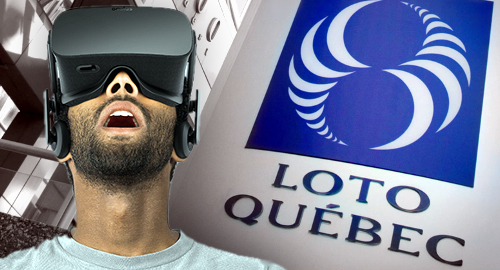 On Wednesday, Loto-Quebec announced that it had teamed up with anti-discrimination and bullying group Fondation Jasmin Roy to employ virtual reality technology “to sensitize lottery winners and give them the tools required to confront real-life situations.”

Loto-Quebec already offers customer service support to the roughly 1,500 lottery players per year who win prizes in excess of C$25k – including followup contacts two and six months after their big wins – but the new VR technology aims to increase support for individuals suddenly confronted with “important decisions, both on the emotional and financial level.”

Loto-Quebec claims its new VR tool allows winners to experience potentially problematic situations that can be expected to arise following their name and face appearing in the media holding one of those giant novelty checks.

The day after Wancyzk’s name was announced, police in her hometown of Chicopee, Massachusetts reported receiving at least half a dozen reports of people knocking on house doors to determine if she lived inside. Police are keeping a watchful eye on Wanczyk’s actual residence, mindful that a Georgia Lottery winner was murdered in his home in 2015 by seven masked men out for a quick score.

For the record, Wanczyk opted to take a lump-sum payment of $480m rather than take the whole $758.7m in annual installments. After taxes, Wanczyk is expected to net around $336m.