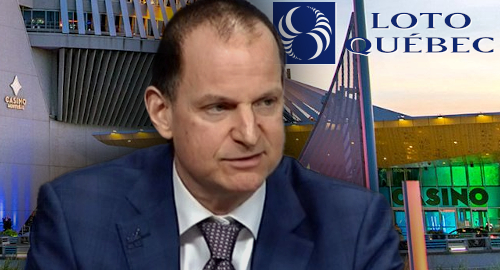 Quebec’s gambling monopoly says it will fully cooperate with the provincial government’s plans to audit its casino operations for signs of improper dealings with local mafia figures.

On Monday, Quebec Finance Minister Eric Girard (pictured) announced plans to conduct an independent audit into allegations of money laundering and other dodgy dealings at the four land-based casinos operated by the province’s Loto-Quebec gambling monopoly.

The allegations were made last week in a series of print and broadcast media reports focusing on perks doled out to the likes of Stefano Sollecito, a reputed organized crime figure who somehow gambled millions at Casino de Montreal despite declaring an annual income of only around C$50k to tax authorities.

Loto-Quebec responded to those media reports by insisting that it “complies with all regulatory requirements” but the provincial government evidently felt enough heat that only a public display of curiosity would temper. In addition to money laundering, the audit will also examine the casino loyalty programs that offered luxury perks to controversial figures who were willing to gamble large sums.

Members of the political opposition want the government probe to launch a fully public inquiry into the matter so voters can judge for themselves what’s been going on. A public inquiry would have the ability to compel Loto-Quebec and casino execs to testify, a power that external auditors won’t enjoy.

Members of the Quebec Solidaire party want the province to suspend Loto-Quebec’s senior managers while the audit is conducted. The Parti Quebecois wants to involve the auditor general and to permit provincial legislators to directly question the individuals involved in this brouhaha.

Loto-Quebec issued a statement Monday welcoming the government’s audit announcement, insisting that it will “cooperate fully with the exercise.” Loto-Quebec chair Hélène Fortin added that the Crown corporation “will ensure that sustained efforts and best practices are maintained with regard to integrity in our establishments.”

Until recently, Canada’s provincial monopolies acted as both gambling operator and regulator, an inherently compromised duality that has led to some truly egregious lapses in judgment. Lest anyone forget, the whole raison-d’être of the monopolies is that they are the only ones who can be trusted to observe the rules.

The rampant money laundering at British Columbia casinos over the past decade belatedly convinced that province to impose a truly independent gambling regulator early next year in the hopes of establishing some form of public trust in its gambling market. Pressure is steadily mounting on the rest of Canada’s gambling fiefdoms to follow suit.