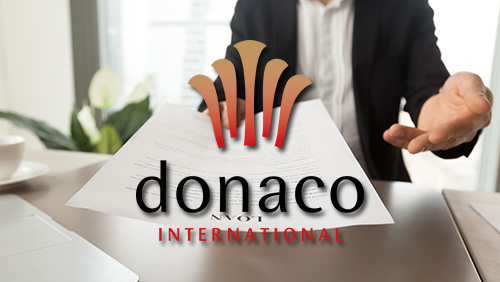 The Australian Stock Exchange-listed company announced in a filing that it had taken out a new loan of US$57 million, with the term “extended to three years from the date of drawdown,” which is expected to happen in late August.

In 2015, Donaco International, which operates casinos in Vietnam and Cambodia, loaned US$100 million from Mega Bank. A year later, the company took a further US$20 million to repay a separate working capital facility.

Donaco said it has repaid a total of US$63.4 million in the past two years, leaving the remaining principal amount standing at US$56.6 million, which originally needs to be paid within the next 12 months. According to the company, it needs to pay Mega Bank US$20.8 million in January 2018, while the remaining US$35.8 million is due in July 2018.

Under the new loan, however, 15 percent of the principal amount is repayable every six months. This means that Donaco’s next principal repayment has been reduced to approximately US$8.6 million, which is due in February 2018.

The interest rate has also been lowered from a margin of 6.75 percent over the six-month London Interbank Offered Rate (LIBOR) to a margin of 6 percent.

The Australian casino operator is in the middle of completing a transition to full management control of its flagship Star Vegas casino in Cambodia, after the management contract held by the previous owner of the resort ended on June 30.

Donaco announced in July that it will add 100 new gaming tables to Star Vegas following a deal with international casino market agency Vivo Tower Ltd. To bring new junket operators to the property.

Star Vegas currently draws most of its customers from neighboring Thailand, but Donaco CEO Joey Lim said the Vivo Tower deal represented “a new era” at the property, “with a focus on increasing visitation from international players in order to supplement the existing healthy Thai-facing business.”