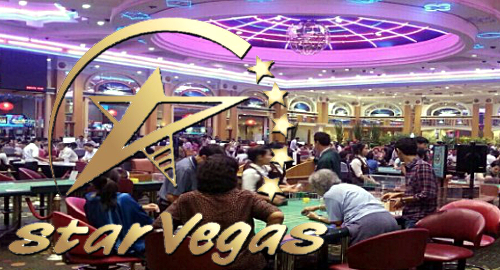 On Friday, Donaco informed the Australian Stock Exchange that it had signed a contract with ‘international casino market agency’ Vivo Tower Limited to broker deals with junket operators in Macau, Hong Kong, Malaysia and beyond to ferry high-rolling gamblers to Star Vegas.

The deal calls for Vivo Tower to pay Donaco a minimum fixed fee of $1.5m in FY18, rising to $3m in subsequent years, plus a variable revenue share based on which junkets Vivo brings into the fold.

Vivo Tower already has relationships with Malaysian junket Da Kim Global Group, which is currently funneling gamblers into VIP rooms at Genting properties in Malaysia, Singapore and Manila, as well as to NagaCorp’s NagaWorld casino in Cambodia’s capital Phnom Penh. Under the Donaco deal, Da Kim will begin steering VIPs to Star Vegas as of July 1.

The announcement is a bit of a layer cake, as junkets are considered middlemen between high rollers and casinos, extending credit to gamblers and handling collection of gambling debts in exchange for a slice of their casino losses. Now Donaco has enlisted the help of a middleman to hire more middlemen. Middle me this, Batman…

Star Vegas currently draws most of its customers from neighboring Thailand, but Donaco CEO Joey Lim said the Vivo Tower deal represented “a new era” at the property, “with a focus on increasing visitation from international players in order to supplement the existing healthy Thai-facing business.”

In other Donaco news, Star Vegas is poised to host the upcoming South-East Asia leg of the Asian Poker Tour in conjunction with the Poker King Club. The week-long tournament kicks off July 1 but the day before will feature a press conference in Bangkok attended by the 1992 Manchester United squad. Donaco inked a marketing partnership with the English footballers in 2015.