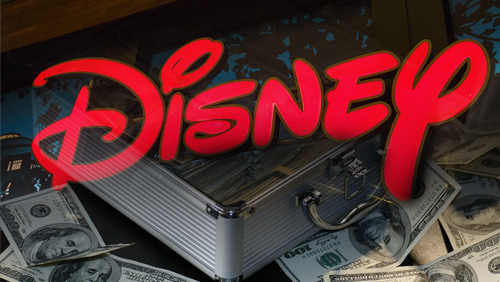 An initiative seeking to limit the expansion of gambling in the state of Florida has found an ally with deep pockets—Disney.

New data on the state’s Division of Elections website showed that Disney Worldwide Services cut a check for $500,000 to the political committee “Voters in Charge” in July. This is in addition to the $250,000 that Disney contributed to the committee in April.

In total, company has given $1.15 million to the cause, accounting for more than 80 percent of Voters in Charge’s total contributions.

Aside from Disney, anti-gambling expansion group No Casinos Inc. has also given a large part of the money raised by the committee, along with thousands of dollars worth of in-kind contributions.

The political committee is behind a ballot initiative that aims “to give Florida voters, not politicians, the exclusive right to approve or disapprove casino gambling,” which Disney supports on belief that casino-style gambling will spoil the family-friendly vibe that the Sunshine State gives off, especially among tourists that visit the corporation’s theme parks.

For No Casinos Inc., an expansion would not only ratchet up crime rates but would also shut down local businesses due to the so-called “substitution effect,” where the casino’s in-house restaurants, facilities and services would drive customers away from non-casino businesses.

If the initiative makes it onto the 2018 general election—and passes—the amendment will give Florida voters the exclusive right to decide whether to authorize casino gambling in the state.

In April, the Florida Supreme Court threw its support for the proposal’s ballot wording. Voters in Charge now needs to collect 766,200 petitions to get on the ballot.

The initiative already has 151,476 valid signatures at the moment, but collecting those signatures prove to be a major expense for the committee. According to government figures, nearly all of the Voters in Charge’s $943,858 expenditures have gone towards petition gathering and verification.