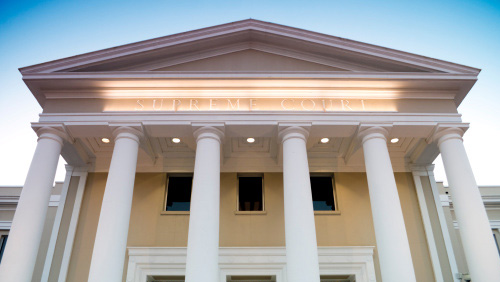 A proposed constitutional amendment that will require voters’ approval for new casinos in Florida has secured the backing of majority of the state Supreme Court (SC).

The Miami Herald reported that the SC was more divided when it sided in favor of the proposed amendment that gives voters the “exclusive right to decide whether to authorize casino gambling.”

The SC vote was 4-2 with Chief Justice Jorge Labarga and Justices Barbara Pariente, Peggy Quince and Charles Canady in the majority, while Justices Ricky Polston and R. Fred Lewis dissented. Justice Alan Lawson, who joined the court at the end of December, did not take part.

In his dissenting opinion, Polston pointed out that the proposed constitutional amendment that will restrict the expansion of gambling in the state is misleading and violates the single-subject requirement.

The proposal, according to Polston, doesn’t guarantee that voters will be informed about possible effects on another constitutional amendment passed in 2004 that authorized slot machines in Miami-Dade and Broward counties.

Under that amendment, local voters also had to approve the slot machines.

“The initiative is placing voters in the position of deciding between a preference for controlling the expansion of full-fledged casino gambling and Florida’s current legal gaming landscape,” Polston said.

But majority of the SC justices begged to differ as they contended that the amendment was not misleading and sticks to one subject.

“The opponents primarily argue that the initiative should not be placed on the ballot because it is unclear whether, if passed, the amendment would apply retroactively and what effect, if any, the amendment would have on gambling that is currently legal in Florida — including gambling that was previously authorized by general law rather than by citizens’ initiative,” the majority wrote. “However, as the sponsor points out, the opponents’ arguments concern the ambiguous legal effect of the amendment’s text rather than the clarity of the ballot title and summary.”