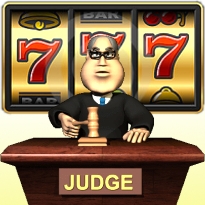 The Florida Supreme Court has dismissed an appeal of a lower court ruling that authorized slot machines at the Hialeah Park racetrack. In 2009, the state legislature passed a law permitting the addition of slots to Hialeah. This law was challenged by other racetracks, which claimed that Hialeah had been excluded from a 2004 state constitutional amendment that allowed slots at seven pari-mutuel facilities in Miami-Dade (in which Hialeah is located) and Broward counties. In October 2011, the 1st District Court of Appeal upheld the state law, so the tracks appealed to the Supreme Court. On Friday, the Court issued its ruling – backed by five of its seven justices – that dismissed the case without providing reasons for doing so.

The ruling has sparked optimism among other other Florida facilities looking to add slots to their operations. Voters in Gadsden, Hamilton and Washington counties have already approved referenda that would allow the addition of slots, but state Attorney General Pam Bondi issued a ruling in January declaring these referenda illegitimate. Following news of the Supreme Court ruling, the state Department of Business and Professional Regulation told News-Press.com they would respect Bondi’s opinion and decline to issue any slot licenses based on these counties’ referenda. Meanwhile, Hialeah plans to launch 950 slots and 30 poker tables by March 2013.

Florida’s Seminole Tribe has yet to comment on the ruling, although expansion of slots outside Miami-Dade and Broward counties could fall afoul of the 2009 compact the tribe signed with the state. Under the terms of that deal, the Seminoles contribute $150m annually to state coffers. The Seminoles played a vocal role in helping to kill Florida’s recent push for destination casinos because they felt they were being sidelined in favor of companies like Las Vegas Sands and Genting. (It didn’t help that the backers of the casino bills called the Seminole’s compact “not worth the paper it is printed on.”) Casino proponents are choosing to interpret the Supreme Court’s ruling as handing sole responsibility for gaming decisions back to the state legislature, meaning the issue may return to the fore quicker than previously expected.