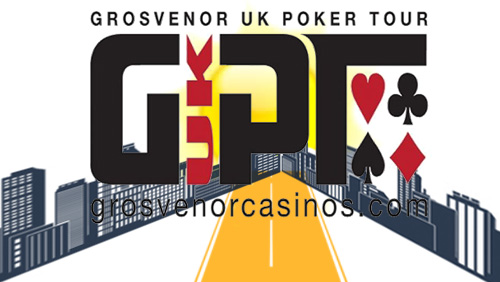 The 2017 Grosvenor United Kingdom Poker Tour (GUKPT) Goliath has beaten its own record for hosting the largest live tournament outside of the World Series of Poker (WSOP).

The Grosvenor Casino Ricoh Arena in Coventry once again acted as host, as 6,385 entrants took a seat in the £120 buy-in event. Grosvenor organisers put on seve

n starting flights and allowed players to go re-entry crazy, but the winner only needed a single bullet.

Before the Goliath, Elliot Marais’s largest live tournament score was £275 for a 46th place finish in a £60 buy-in event in Nottingham’s Dusk Till Dawn (DTD) back in 2014. Today, he is $111,665 the richer, and unless the lad had a swap or two with mates, I reckon he banked the lot.

The £250,000 Guarantee was smashed like a chamber pot in the hands of a drunken chambermaid with grease on her hands, as the final tally came in at just under £700,000.

You can expect the 2018 event to extend the record even further.

Let’s jump on our water skis and head over the Atlantic Ocean, and the 2017 Seminole Hard Rock Poker Open, where the $570 buy-in No-Limit Hold’em Deepstack event attracted a sumptuous 3,173 entrants. The winner was a man who is in the form of his life.

Nipun Java isn’t the only poker player experiencing a period of brilliance. A certain Tournament Director from Belgium is also racing through tournament fields like a Thunderbird.

On Sunday, Kenny “SpaceFCB” Hallaert locked down the Online Triple Crown with a victory in the $120,000 GTD Whale on 888Poker. Hallaert defeated a field of 177 entrants in the $1,050 buy-in event, including luminaries such as Sebastian Saffari (2nd), Rocco Palumbo (5th), and Thomas Muehloecker (7th). It took Hallaert nine hours to win the top prize of $44,250.

Completed my Triple Crown today in style!! It was a good 10 day grind.Couple of days off now. pic.twitter.com/3cJlne6YEa

The Triple Crown was secured after Hallaert won the PokerStars $1,050 Super Tuesday for $57,000, and partypoker’s $15k GTD Eliminator for a smidgen under five grand – all within the space of ten days.