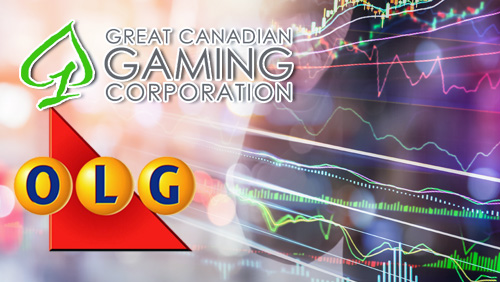 Canadian securities regulators have suspended the trading of Great Canadian Gaming Corp’s (GCGC) stocks ahead of the awarding of the control of gambling operations in Ontario.

GCGC is one of the three remaining gambling operators vying for the control of the Greater Toronto Area’s (GTA) gambling operations. Malaysian-based conglomerate Genting BHD and US-based Caesars Entertainment are also bidding on the multi-billion dollar deal.

The Globe and Mail reported that the Ontario Lottery and Gaming Corp (OLG). is set to announce the winning bid on Thursday but the sudden surge of GCGC stocks last week has fueled speculations that the announcement will come at an earlier time.

GCGC’s stocks almost reached its all-time high and would have surpassed its record if the Investment Industry Regulatory Organization of Canada (IIROC) didn’t intervene.

“The company’s shares were halted pending news and we can’t comment further at this time. However, we do anticipate further developments regarding this news imminently. To be clear, this action was in no way precipitated by any regulatory breach on the company’s part,” said Chuck Keeling, vice-president at Great Canadian Gaming.

OLG remained mum on the GTA developments because the final contract had yet to be signed.

“OLG is in the process of selecting a service provider for the GTA Gaming Bundle. Once we select the service provider and finalize an agreement, we will be in a position to announce the successful proponent,” OLG spokesman Tony Bitonti said.

According to the report, the chosen operator will oversee gambling at Toronto’s Woodbine racetrack, Ajax Downs and the Great Blue Heron Casino in Port Perry. The lucky gambling operator will be awarded with a minimum of CAD72 million (US$57.43 million) annually over the 22 years of the deal, including 70 percent of gambling revenue.

The winning bidder will also be allowed to construct a fourth gambling establishment in the area and at the same time turn old gambling sites into full-fledged casinos. The centerpiece of the award is the Woodbine facility, which is near the Toronto Pearson International Airport.