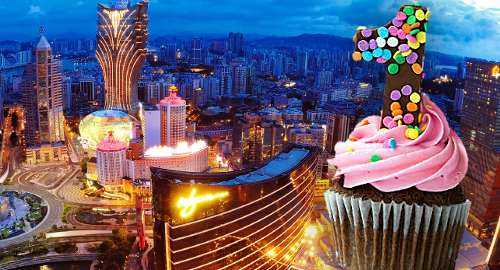 Macau casinos have now grown their gaming revenue for 12 consecutive months, as VIP gamblers continue to migrate back to their traditional home.

July’s positive result also marks one full year since Macau began its upward trajectory following over two years of consecutive monthly gaming revenue declines. For the year-to-date, Macau’s gaming revenue is up nearly 19% to MOP 149.3b.

However, Macau’s VIP market isn’t necessarily lifting all boats. On Monday, the once mighty Neptune Group junket operation announced that another one of its partners had been given the boot from Sands China’s Venetian Macau casino, posing a significant threat to Neptune’s future earnings.

Neptune said it had been informed by junket operator Hou Wan Entertainment Company Ltd that the Venetian had terminated a deal inked last December that gave the junket control over 10 VIP tables at the casino. The cancellation follows the Venetian scrapping a deal with another Neptune-linked junket in June, leaving Neptune with only one junket oar in the water, an eight-table deal at SJM Holdings’ Grand Lisboa casino.

Neptune said its profit-sharing deal with Hou Wan accounted for around 26% of Neptune’s fiscal 2016 revenue. Neptune expects intangible assets related to Hou Wan’s operations representing 10.6% of Neptune’s assets will be a total writeoff, and Neptune is still determining whether any of Hou Wan’s outstanding VIP gambler debts are still collectable.

Bottom line, Neptune expects the impairment of intangible assets worth around HKD 366m ($46.8m), while the loss on disposal of an associate will cost another HKD 63m ($8m). Neptune is still calculating its results for the fiscal year ending June 30 but said it now expects to turn in a net loss after posting a modest profit in its fiscal H1.