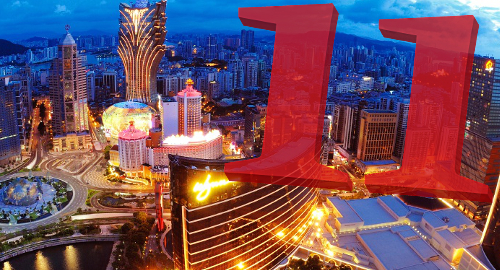 Macau casinos continued their winning streak in June but analysts expressed concerns that regulators could be jeopardizing the casino hub’s recovery.

Figures released Saturday by Macau’s Gaming Inspection and Coordination Bureau (DICJ) showed the world’s top casino destination generated gaming revenue of just under MOP 20b (US $2.49b) in the month of June, representing a 25.9% improvement over the same month last year.

The result extends Macau’s year-on-year revenue improvement streak to 11 months, and the margin of June’s improvement is the highest yet recorded during that nearly year-long streak. In fact, it’s the highest monthly year-on-year gain recorded since February 2014, after which the market began its two-year-plus gaming revenue decline.

But June’s total was 12% below what casinos reported in May, and the second-lowest total reported this year after January’s MOP 19.2b. Analysts had also expected June’s year-on-year increase to be closer to 30%, leading some observers to fret that increased regulatory oversight could be tempering Macau’s recovery.

Pressure from Beijing has prompted Macau authorities to impose fresh curbs on financial transactions, including facial recognition software for mainland tourists using Macau-based ATMs, the rollout of which began last month. Macau has also been increasing scrutiny of casinos’ adherence to bans on phone use at gaming tables, while being more proactive in disrupting illegal operations based around livestreaming of VIP table game activity.