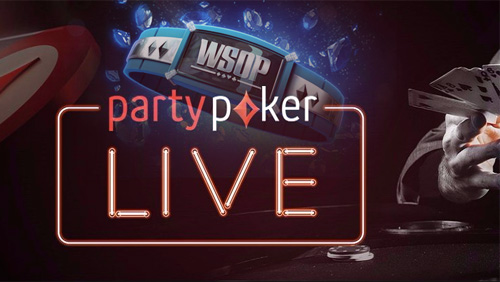 The World Series of Poker has decided to play the field, preferring to partner with partypoker LIVE for the forthcoming WSOP International Circuit event in Brazil, while 888Poker looks glumly on.

Women who play the field are called sluts. Men are called studs. So, what do we call a philandering live tournament operator?

The usually monogamous World Series of Poker (WSOP) has decided to experience what it’s like when you start flicking left and right, instead of sharing a bed with the same staid thing for multiple years.

The WSOP and 888Poker have been bosom buddies for some years, and recently announced an extension of that partnership for the forthcoming World Series of Poker Europe (WSOPE) taking place at the King’s Casino, Rozvadov, Czech Republic Oct 19 – Nov 10. But that hasn’t stopped the WSOP organising a date with a new bit of stuff.

For the first time in poker’s hair raising history, partypoker will climb into bed with the WSOP to see what all the fuss is about. Partypoker LIVE will be the primary sponsor for the 2017 WSOP Brazil.

Last year, the WSOP International Circuit held an event in Brazil for the first time. The WSOP team walked into that disco with 888Poker on their arm, and nobody else got the chance to have one of those slow dances where you hug each other tightly and walk around in circles until one of you builds up the courage to face each other and BOOM!

Over 12,000 entrants competed across the festival, including 1,002 entrants in the $1,100 WSOP Brazil Main Event. Francisco Moura earned $238,372 for the win. The game amassed a million bucks in prize money, and the 2017 event will put that much on display for the guarantee.

Satellites are up and running on partypoker where you can qualify for a $1,500 package for as little as $2.20. You receive a $1,100 buy-in for the WSOP Brazil Main Event, and $400 to spend on massages, meals, or whatever else takes your fancy.

The festival takes place Sep 27 to Oct 4 in the salubrious surroundings of  Bienal Pavilion in Ibirapuera Park in Sao Paulo. The innards of the action are still under wraps.

The relationship comes after partypoker added Latin American flavour to their ambassadorial roster, and you can be sure to see them competing at the event. Brazilian ambassadors Joao Simao, and Bruno Gagliasso were recently joined by Richard Dubini, the Argentine star who celebrated his new partnership with a 12th place finish in the WSOP Main Event for $535,000.

We’ve all been there.

But there is a silver lining for 888.

It’s time to slap on some makeup, and up your game, because the WSOP have shown that monogamy is for penguins, and you don’t want to be the one left holding the egg when they need someone to open their mouths and spew forth the fish.