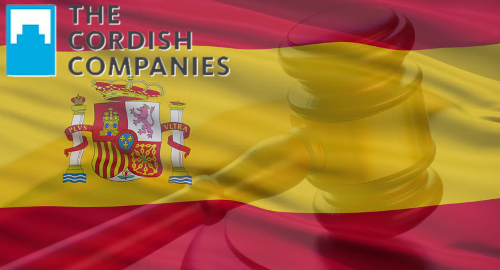 On Friday, Spanish media reported that Madrid officials had rejected Cordish’s latest plan to build its Live Resorts Madrid project. The rejection was the second time Madrid’s government had found fault with Cordish’s efforts to bring big-time casino gaming to the region.

On Saturday, Cordish issued a statement expressing annoyance at having learned of the rejection not from Madrid’s government, but through reports that were apparently leaked to the media by certain government officials.

Cordish also said it had observed “very serious irregularities” in the application process regarding “professional secrecy” of intellectual and industrial property. As a result, Cordish intends to “vigorously pursue the exercise of all legal actions that may be in defense of their legitimate interests against the regional government and the responsible persons concerned.”

Madrid government responded to Cordish’s threat by saying it understood the company’s disappointment, but maintained that the government was well within its rights to reject the company’s proposal and thus Cordish’s legal challenge was doomed to fail.

In the meantime, Cordish said it will continue to make payments to the private owners of the 134-hectare parcel of land near Madrid’s main airport on which the integrated resort was to be built. However, this has been complicated by Madrid’s government announcing that it was moving the goalposts regarding the type of land on which any future resort can be built.

The government just announced that it will seek to revise legislation that will require CID projects to be built on publicly owned land. This is to ensure that “the revenues generated by the sale of public land could be used to improve public services,” including the transport infrastructure upgrades necessary to support the expected influx of tourists to an integrated resort.

Cordish submitted its original proposal for the Madrid project last December, but this was rejected as overly reliant on gaming and lacking the sports and cultural amenities to earn the CID designation. Cordish responded with a revised proposal that added a six-hectare artificial lagoon and beach but this was also deemed to be insufficient.