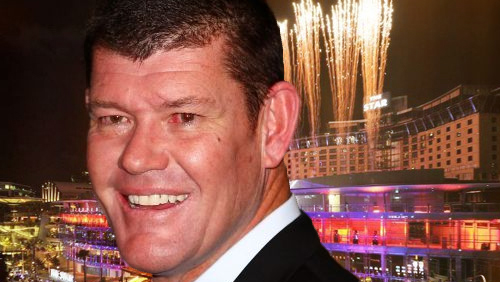 Casino mogul James Packer has successfully wormed his way back into Australian casino operator The Star Entertainment Group, signaling the end of a four-year-old rivalry.

In a regulatory filing to the Australian Stock Exchange, The Star announced that investment company Ellerston Capital has increased its stake in the company to 5.07 percent.

Ellerston claimed that Packer had no role in the company’s investment decisions even though it had been rumored last week that the casino billionaire snapped up Malaysian casino operator Genting’s stake in The Star, according to the Sydney Morning Herald.

It would be recalled that Genting sold its 5.62% stake in The Star, netting a reported AUD233 million (US$180 million) in the process. The investment of Ellerston marks Packer’s return to The Star since he sold a 10 percent holding in the firm back in 2013.

Ellerston pointed out in its April newsletter that the continued influx of Chinese and South East Asian tourists in Australia trumps the decline of VIP activities. This, according to Ellerston, makes The Star an attractive investment option.

The investment fund also noted that The Star’s share price is now a bargain.

“We see solid growth prospects for Star, driven by its capital investment program and growth strategy,” Ellerston said in its newsletter.

For some analysts, a prospective Crown acquisition of the Star would result in ‘synergies’ ranging from AUD85m to AUD135 million. Citi said in its note that a Crown takeover of The Star could boost casino earnings by as much as 22 percent.

Citi predicted that The Star could be used to cater to the mass market while the in-development Crown Sydney would be Packer’s premium brand.