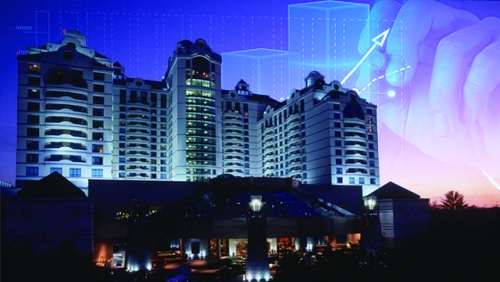 In a statement, Foxwoods operator Mashantucket Pequot Tribal Nation announced that its slots revenue rose to $36.3 million in June from $35.3 million in the year-earlier period.

But compared to the previous month, Foxwood’s slots revenue slowed from $38.1 million. It was the second month of the current calendar that Foxwoods showed a gain. March was the last month to show a year-over-year gain when revenue rose 3.2 percent.

Like Foxwoods, Mohegan Sun’s revenue for June was lower than the numbers it posted in May.

Fred Carstensen, a University of Connecticut finance professor who is director of the Connecticut Center for Economic Analysis, noted that slot revenue was bolstered by the influx of residents in the states of Massachusetts, New York, and Rhode Island, which he said had better economic activities compared to Connecticut.

“Historically, the casinos drew as much as 75 percent of their customers from out of state,” Carstensen told the Norwich Bulletin. “Massachusetts and New York, and even Rhode Island, are doing much better than Connecticut so folks from those states may be more willing to come over to Connecticut to gamble. There is little to suggest that Connecticut’s economy is doing anything more than creeping along.”

Meanwhile, the Mashantucket tribe announced that it has remitted more than US$4 billion to the Connecticut state government since 1993.

The tribe pointed out that the multi-billion contribution was made possible by bringing in 340 million guests and by reinvesting $100 million of annual tourism revenue into Connecticut.