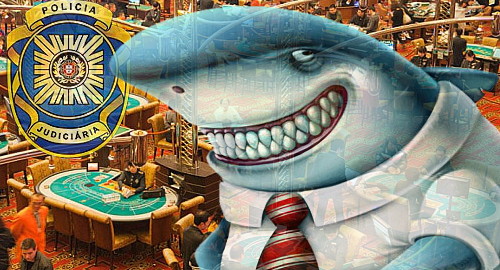 Macau police have broken up a loan sharking ring that they thought they’d already broken up earlier this year. Twice.

This week, Macau’s Judiciary Police (PJ) announced the arrests of 15 mainland Chinese individuals suspected of involvement in a loan sharking operation that targeted gamblers at local casinos. Raids on the gang’s office in Macau turned up 15 IOUs involving a total of RMB 7m (US $1m).

This particular gang of loan sharks is proving tough to kill. Speaking to local reporters at a press conference, a PJ spokesperson said the 12 men and three women belonged to the same loan sharking operation that resulted in the arrests of 21 individuals in March and June of this year.

While one of the 15 individuals arrested this week is believed to have been responsible for recruiting and overseeing the gang’s new members, the identity and whereabouts of the gang’s kingpin is proving more elusive. The PJ says it’s cooperating with its counterparts on the mainland to track down and arrest the rest of the operation’s membership.

In the meantime, the arrested suspects have been transferred to the Public Prosecution Office for further investigation and the likely filing of criminal charges.

Last year also saw 503 gaming-related cases of forcible confinement, which the PJ directly links to gamblers being unable to make good on their debts to local loan sharks. The 2016 unlawful confinement stat was up 37.4% year-on-year, while the Q1 figure was up 18% from the same period last year. The PJ defines ‘gaming related’ detentions as those occurring on or about the premises of local casino operations.