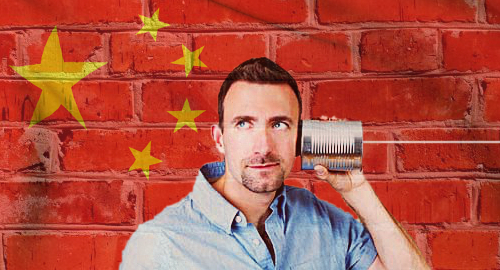 In January, China’s Ministry of Industry and Information announced a new crackdown on “disordered” internet activity in a bid to make it even more difficult for China’s netizens to access content the government views unkindly (including internationally licensed online gambling sites).

The crackdown, which included restrictions on the use of unauthorized virtual private networks (VPN), appears to be ramping up. Late last month, popular VPN service provider Green abruptly informed its customers that it would “cease our service on July 1st, 2017” after having “received notice from the higher authorities.” Meanwhile, a host of other VPN providers’ apps have been slowly vanishing from Android and iOS stores.

On Monday, Bloomberg reported that all Chinese state-run telecom carriers have been ordered to block VPN services by February 1, 2018. That timeline is slightly ahead of the 14-month implementation the government envisioned when it first announced its crackdown.

It’s estimated that between 1%-3% of China’s vast internet user base have made use of technologies such as VPN in a bid to dodge the small army of online censors that Beijing employs to keep Chinese citizens from (a) hearing anything other than the official Party line on any given subject, and (b) enjoying access to activities on which the government frowns, including online gambling.

On June 1, China’s new cybersecurity laws took effect, further centralizing control over the country’s online activity. The government has justified the new controls, which affect everything from data storage to requiring social media users to register under their real names, as necessary to combat (what else?) terrorism and cybercrime.

In March, China’s Public Security Minister vowed to “severely punish” gambling operators – land-based or online – who target mainland residents with gambling come-ons. The announcement was seen as the latest plank in Operation Chain Break, an anti-gambling campaign targeting international operators that has been going on for two years.

China isn’t the only authoritarian regime to view VPN as the devil’s idle hands. Russia has been cooking up its own VPN ban this year, with new legislation having already enjoyed its first reading in the Duma.