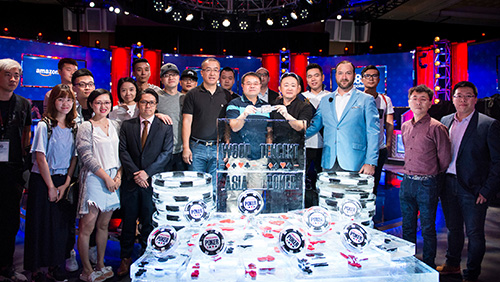 The World Series of Poker has partnered with Tencent to launch the brand in China leading to bracelet and ring events in the region.


After Martin Jacobson had won the 2014 World Series of Poker (WSOP) Main Event, the Swede rolled up his sleeves, jumped on a jet plane headed to China, and became the face of the WSOP for fans of Tencent Poker.

“I posed for at least 100 photographs. Some people had driven for hours just to shake my hand. I’ve never experienced anything like it.” Jacobson would later tell me, speaking about his arrival at the airport in Changsha.

I mean come one.

You don’t need to be a trained poker sniffer dog to pick up the scent that our Asian brethren love to gamble, but there has always been plenty of red tape preventing a breach of this lucrative market – until now.

When OnGame International acquired the World Poker Tour (WPT) in June 2015, the Chinese public got to witness one of the world’s finest tours first-hand. Alex Dreyfus has extended that interest by putting all of his focus into the first iteration of Global Poker League (GPL) China. And the WSOP are joining the party after announcing a multi-year deal with Tencent.

Whilst the vast majority of people in China keeping a beady eye on incoming missiles from North Korea, Jerry Chen, Corporate Vice President of Tencent Group and President of Quantum & Lightspeed Studio Group, joined WSOP Executive Director, Ty Stewart, at the opening of the WSOP Main Event to celebrate their new partnership, and it feels big. 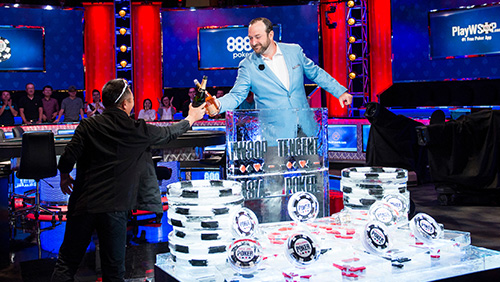 The pair will combine resources to help grow and promote the game of poker in China. The WSOP have the brand recognition and experience; Tencent has the digital reach and platform.

For the first time, the WSOP will turn into a training platform, using their vast experience to train Tencent staff to operate live tournaments to WSOP standards.

And they will need those high standards, because the pair plan on hosting WSOP bracelet, and World Series of Poker Circuit (WSOPC) gold ring events. It’s possible that this means the rebirth of the World Series of Poker Asia-Pacific (WSOP-APAC) brand that ran for a two-year span out of Melbourne in 2013 & 2014.

The other huge piece of news is the WSOP’s intent to explore the massive esports market in Asia. With PokerStars recently launching Power Up in Alpha status, and Dreyfus promising to bring esports into poker, are we going to see a non-traditional poker hybrid bracelet in the very near future?

The terms of the deal also allow Tencent to distribute WSOP media throughout Asia and sell WSOP branded goods. Tencent operates a free-to-play social poker game, and plan to open up a WSOP branded online poker room on that app.

The first live event the pair will scratch heads on will be WSOP China in December 2017. It’s not clear whether it will run on the mainland or the island of Hainan, so we don’t yet know if the event will be free to play or for real money with the gold at stake.