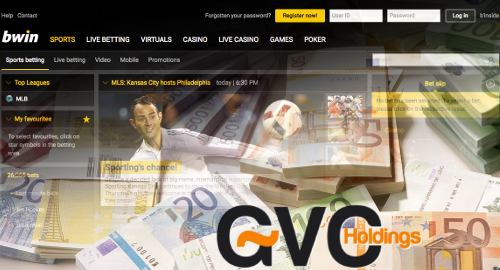 On Thursday, GVC released a trading update covering the six months to June 30, along with key performance indicators for its second quarter. The H1 pro forma comparison assumes that the Bwin.party brands, which GVC officially absorbed midway through Q1 2016, were full contributors to the 2016 results.

Net gaming revenue in Q2 was up 8% to €244.1m, and the company is quick to point out that the year-on-year gain would have been 10% using constant currency figures. GVC CEO Kenny Alexander noted with pride that the gains came despite Q2 2016 having enjoyed a quadrennial boost from the Euro 2016 football tournament.

Given the lack of a major football event in this most recent quarter, it’s not surprising that GVC’s sports brands (Bwin, Sportingbet) reported a 2% fall in betting turnover, leading to a 1% year-on-year decline in daily sports revenue to €945k. However, the sports brands’ gaming verticals saw daily revenue rise 16% to just over €1m, pushing overall net gaming revenue up 7% to just under €2m per day.

Double-digit gains were also reported at GVC’s games brands, which saw daily revenue jump 13% to €616k. The games brand gain is the largest that GVC has recorded since absorbing Bwin.party, and GVC credited a resurgent PartyPoker for most of the growth.

The overall H1 numbers were similarly buoyant, with group revenue up nearly 10% to €484.8m. The gaming verticals posted solid gains at both the sports and games brands, while sports margins improved 0.6 points to 9.8%, allowing sports revenue to rise 5.4% despite a slight dip in betting turnover.

Alexander expects the good times to keep rolling as the company plans to boost its marketing investment to “more normalized levels” in the second half of the year. Alexander also said GVC remained open to “further acquisition opportunities should they arise.”

GVC has demonstrated a much higher tolerance for grey-market activity than many of its UK-listed competitors, with Regulus Partners analysts estimating that GVC derives as much as 12% of its revenue from Sportingbet’s operations in Turkey. Turkish media reported this week that the government is prepping a major campaign against unauthorized gambling operators.