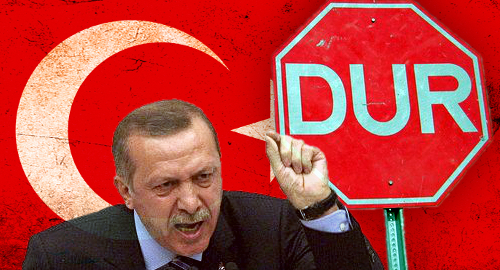 Turkey is preparing to unleash a major anti-gambling campaign that organizers suggest could last as long as two years.

On Monday, pro-government media outlet the Daily Sabah reported that the Turkish government was plotting a major campaign to combat illegal gambling, both land-based and online. Police are coordinating with the Interior and Justice ministries as well as the Revenue Department on the campaign, the launch date of which wasn’t specified.

The campaign will require the assistance of the country’s banks to restrict local gamblers’ ability to move money on and off prohibited online gambling sites. Showing that it’s up with the times, the Banking Regulation and Supervision Agency (BDDK) will also attempt to target punters who attempt to fund their online gambling activity via ‘alternative spending methods,’ including the use of cryptocurrencies such as Bitcoin and Ether.

Similarly, the nation’s Information and Communications Technologies Authority (BTK) will monitor the interwebz for anyone promoting illegal gambling via search engines, or other advertising avenues, such as “internet pages that broadcast TV shows and pornographic material as a cover to advertise gambling sites.” So, all of them?

The BTK also plans to freak out any gamblers who actually manage to continue patronizing unauthorized gambling sites by sending text messages alerting these law-flouters that the government knows what they’re up to.

Actual organizers or facilitators of gambling activity will face more “punitive measures,” including “huge fines” for internet cafes that allow customers to access online gambling sites. The government will launch a youth-focused awareness campaign with ample signage at internet cafes alerting them to the inadvisability of such activity.

The future’s not much rosier for land-based gambling organizers, as the government plans to “temporarily” seize any domicile caught hosting illegal gambling activity. The government also plans to close legal loopholes that have allowed some gambling organizers – sometimes operating under the guise of political parties – to resume their unapproved activity in different venues mere days after the police shut them down.

Turkey’s list of legal gambling options is a short one, with local residents limited to the Milli Piyango lottery and the state-run SporToto sports betting service. Turkey’s president Recep Tayyip Erdogan (pictured) recently tried to convince his counterpart in neighboring Georgia to close the casinos in that country because too many Turks were slipping over the border to gamble, coming home broke and pissing off their wives.