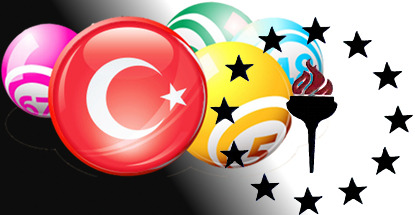 Authorities in Turkey have arrested more members of a new political party, the existence of which police maintain is a front for illegal gambling activity.

On Saturday, police raided offices belonging to the Future Party of Turkey (GTP), detaining seven individuals and fining 101 others for illegal gambling activities. Bayram Ilkkiliç, the chairman of the GTP’s provincial office in Adana, was among those arrested.

Ilkkiliç’s presence violated a court order barring him from entering the GTP’s provincial headquarters, based on previous raids in which police determined illegal gambling activity was being conducted on the premises. Police arrested eight organizers and fined 87 gamblers in the most recent raid, which was conducted one month ago.

To date, police have conducted over 100 such raids on the same building, which has been occupied by a succession of political parties and labor unions that police claim are simply fronts for illegal gambling operations. Prosecutors have alleged that the gambling organizers are taking advantage of Turkish laws restricting the ability of police to permanently close the offices of political groups.

Gambling is largely illegal in Turkey, outside of the national lottery and limited forms of sports betting. Previous reports have indicated that the main illegal activity conducted inside the political party offices has been bingo, which barely qualifies as gambling in most people’s eyes, and may account for the authorities’ restrained approach to dealing with such flagrant recidivists.

Turkey is headed for another national election on Nov. 1 after President Recep Tayyip Erdogan failed to assemble a working coalition following his AK Party losing its majority in the June election. It will be interesting to see how actively the GTP campaigns … and on what platform. Since bingo is considered a woman’s game in most parts of the world, perhaps the GTP could run on a slogan of “Give us our balls back!”

TURKISH HALF OF CYPRUS FEARS GREEK CASINO
Gambling is permitted in the Turkish-controlled northern half of Cyprus, where casinos were first authorized in 1977. This week, the Casino Businesses Administrators Union (CIB) claimed the local casino industry employed more than 6k individuals and contributed an annual €600m to the local economy, of which €68m goes to the government in taxes and social security payments.

The Greek-controlled southern half of Cyprus recently approved its own casino legislation, which calls for one large resort-casino and four smaller satellite gaming halls. No operator has yet been selected and the main casino isn’t expected to open for at least another three years, but the CIB is already warning that its opening will have a negative effect on the Turkish-controlled casino industry.