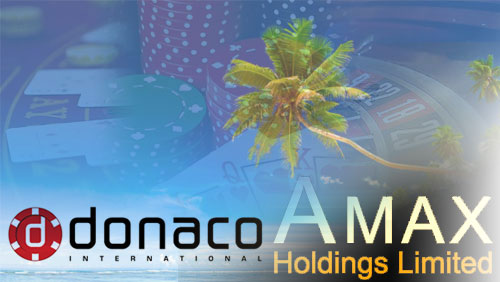 The company issued a filing last week, explaining its reasons for ditching the proposed acquisition of a majority stake in Samoa-incorporated Southern Ruby Ltd., an offshore firm with ties to the project. “As the due diligence review has not been completed and the LOI [letter of intent] parties could not compromise on finalizing the terms of a formal sale and purchase agreement, it has decided not to proceed with the proposed acquisition,” Amax said in the filing.

Amax initially signed the letter of intent with Southern Ruby Chairman and CEO Ng Man-sun in June 2014. Part of the transaction would include Amax acquiring a 51% stake in the company, which is investing a casino project in Northern Cyprus. But the deal never materialized despite receiving four extensions to the original timetable. Amax has decided to move forward as it continues to look for key acquisitions outside of Macau.

On that end, Amax did finalize a purchase agreement with Forenzia Enterprises Ltd to acquire a 60% stake in the British Virgin Islands firm that has an online gambling license in Vanuatu.

Speaking of Vanuatu, local media is reporting that the island nation in the Pacific is about to get a six-star hotel and casino resort after the government signed a 10-year license accord with the Jewels Casino and Iririki Island Resort.

The resort and casino will be located on an island off the Port Villa waterfront. Specific details on the project have yet to be announced.

Over in Cambodia, Donaco International Limited announced that it had signed an exclusive term sheet, agreeing to buy a significant gaming and hospitality business in the Asian nation.

The Australia-listed firm conducts a background investigation of the unnamed company, which is said to be “well-established and profitable with good growth prospects.”

Parts of the term sheet signed between the two sides are binding and includes an exclusive negotiation period that lasts until the early part of 2015. That should give Donaco enough time to complete its background check on the company before finalizing any long-term deals.