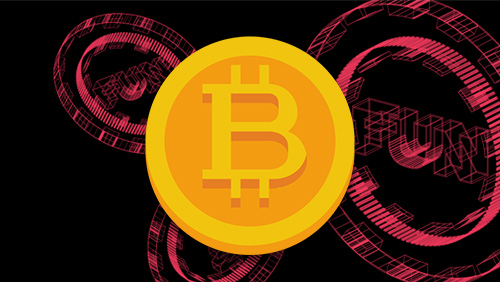 Jez San, the man behind online poker site PKR.com, is turning to blockchain to add transparency to gambling.

A familiar face and name in the online gambling industry, San is known for developing blockbuster video games, creating the world’s first 3D graphics chip with Nintendo, earning the first OBE in the video game industry, and founding PKR.

This time, the self-taught computer programming is rolling out a project called Funfair, which “aims to put online gambling” onto bitcoin’s underlying technology, the blockchain. In an interview with El Reg, San said the project uses “smart contracts” contained within the Ethereum blockchain “to ensure players’ money paid in during a game is held separately from stakes won by the house.”

“Using our tech—we think it’s a selling point, we can have a fairer game—it absolutely can’t cheat,” San said, according to The Register report.

The blockchain-based casino is described as a “borderless, frictionless” and “completely browser-based” technology that doesn’t require installation or download—not like regulated casinos that have servers which regulators can access.

“Here there are no servers. It’s purely being done with tech on the blockchain with smart contracts,” San said, noting that “regulators will like this tech because it’s self-regulating, it’s transparent, players cannot get screwed.”

The project is still in the process of getting off the ground. A look at its website shows that Funfair has just started a two-phase token event to raise awareness of the project’s token sale. On June 22, the project launched the first phase of the presale for early adopters and investors.

The second phase, the period between June 22 and the larger sale around September, will see Funfair’s FUN tokens offered to a greater number of public participants.

“During phase 2, FUN tokens will be traded on exchanges, which will help determine a fair price. Phase 2 will also allow us more time to show everyone what we’re really excited about:  our games,” the company stated.