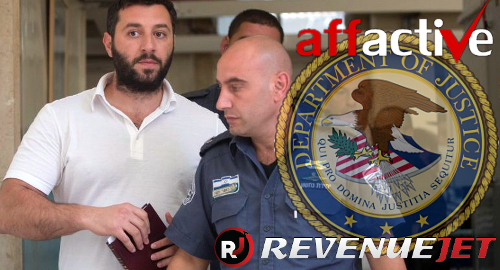 American authorities hate Bitcoin more than they hate illegal gambling and securities fraud, if recent jail sentences are anything to go by.

This week saw movement toward the resolution of federal charges filed against two individuals in 2015 in connection with a massive criminal conspiracy involving online gambling, stock fraud, identity theft, the hacking of JPMorgan Chase and other major US financial institutions, money laundering and running an unauthorized Bitcoin exchange on US soil.

On Tuesday, the US Department of Justice announced that Anthony Murgio had been sentenced to 66 months in prison for his role in operating the Florida-based Coin.mx Bitcoin exchange.

Murgio pled guilty in January to charges of conspiring to operate an illegal money transmitting business, conspiring to commit bank and wire fraud, and conspiring to obstruct a National Credit Union Administration probe into Coin.mx’s activities.

Murgio admitted that Coin.mx miscoded $10m worth of transactions with its customers to make it appear that they were a group of collectors buying and selling memorabilia. Murgio also copped to using $150k worth of bribes to turn a federal credit union in New Jersey into a “captive bank” through which Murgio processed additional unauthorized transactions worth tens of millions of dollars.

A hearing has been set for September 1 to determine how much money Murgio will be required to fork over to the US government in fines, forfeitures and restitution.

Coin.mx was owned by Israeli national Gery Shalon, who local media claimed has just resolved his own charges stemming from the 2015 arrests. On Monday, Calcalist reported that the 33-year-old Shalon (pictured, in white) had been released from a Manhattan federal prison after agreeing to pay $403m to the US government in exchange for settling three criminal cases and one civil lawsuit.

Shalon, along with co-accused Ziv Orenstein and Joshua Aaron, were the main players behind the Affactive/Revenuejet family of US-facing online gambling sites, which, suffice it to say, didn’t have the most sterling reputation for honesty or paying their customers. Shalon’s settlement reportedly requires him to provide the feds with extensive info on his gambling operations.

The indictment noted that the accused hacked rival gambling operators to obtain their customer lists and glean trade secrets from executives’ email accounts, while targeting rival operators’ sites with distributed denial of service attacks. The indictment indicated that some of the Bitcoin transactions processed by Coin.mx exchange were related to malware ransom demands, suggesting one big happy family of conspiratorial scammers.

Shalon and Orenstein were arrested in Israel in July 2015 and subsequently transferred to the US. Shalon’s settlement reportedly factored in the time he spent in Israeli custody but it’s still significantly less time than Murgio is facing. The status of Orenstein’s charges remains unknown, while Aaron only recently turned himself into US authorities after evading arrest in 2015.