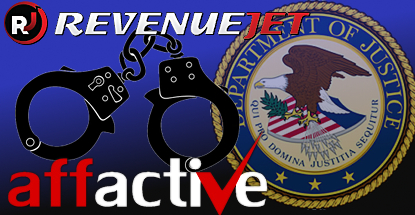 A US investigation of a massive securities fraud scheme appears to have done collateral damage to some US-facing online casino sites.

On Tuesday, police in Israel arrested Gery Shalon and Ziv Orenstein after the US Attorney for the Southern District of New York (of Black Friday fame) charged the pair with fraud, money laundering and identify theft relating to a pump-and-dump penny-stock manipulation scheme. The pair are being held pending extradition to the US. The indictment included a third individual, a US citizen living in Tel Aviv named Joshua Samuel Aaron, who remains at large.

On Thursday, the Israel Hayom media outlet reported that prosecutors were also preparing a separate indictment related to an illegal online gambling operation connected with the Israeli pair. The paper quoted sources saying the alleged gambling offenses were “more severe than the alleged securities fraud.”

Shortly thereafter, word began spreading in online gambling forums that the pair was connected with the Affactive and Revenuejet groups. Many of the online casino sites connected with these groups – including On Bling, Grand Parker, Loco Panda, Classy Coin, Ruby Royal, Grand Macao, Slots of Fortune and Jackpot Grand – are no longer loading.

Michael Corfman, exec director of the Gambling Portal Webmasters Association (GPWA), subsequently reported receiving notice that Affactive was “closing its operations with immediate effect.” Corfman said all affiliate accounts “have been frozen including salaries and affiliate commissions.” As such, the GPWA was suspending Affactive’s sponsorship on the site.

Bloomberg News linked the indicted individuals to the 2013 hacking of the JPMorgan Chase & Co. financial institution. While the indictment doesn’t directly connect the subjects with the JPMorgan hack, sources claimed the millions of e-mail and customer names obtained via the hacking may have been used to promote the penny stocks at the heart of the indictments.