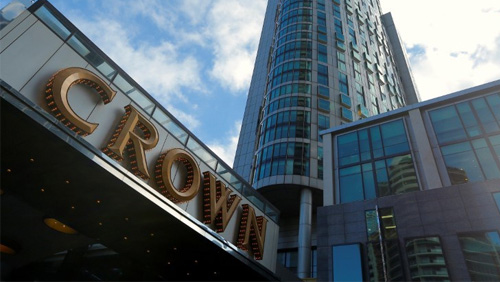 The lengthy probe into how Crown Resorts lured Chinese high-rollers to its casinos ended in a quick-fire trial on Monday, with a Chinese court handing short jail terms to the operator’s Australian staffers.

Multiple media outlets reported that the Baoshan District Court gave Jason O’Connor, Crown’s head of international VIP services, a 10-month sentence, while the two other Australians were handed nine-month sentences.  The fate of 16 other current and former Crown staff who are also on trial is currently unclear.

The sentences, according to the Australian consul general in Shanghai, would run from the date when the Crown staffers were first detained, which means the employees only have a couple of months left to serve.

If you recall, the 18 Crown-affiliated staffers were arrested in October for suspected “gambling-related crimes.” While never officially confirmed, the staffers are widely suspected of having met with Chinese high-rollers to promote trips to Crown’s Australian resorts for the express purpose of gambling, which is prohibited on the Chinese mainland.

The arrested Crown employees were indicted on charges of promoting gambling, which carries a maximum sentence of three years in prison, instead of the far more serious crime of money laundering.

As part of its wider crackdown on gambling, Chinese authorities have been keeping a close watch on casino operators who have been engaging in attracting high rollers from the mainland to gamble overseas by tweaking their respective marketing strategies. Crown in particular has been given a year to comply with Beijing’s directives. Gaming is illegal in China and companies are not allowed to explicitly advertise gambling.

Despite their warning, Chinese authorities observed Crown’s senior executives make short business trips to China instead of spending long periods in the country. There was also an alleged attempt on the part of Crown to circumvent the Chinese rules by simply packaging the tour activities as resort instead of casinos.