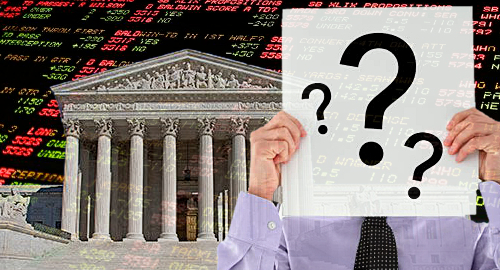 On Monday, the Court issued its Orders List spelling out which cases it will consider during the Court’s 2017 term, which begins this October. Among the cases hoping to be included on this list was New Jersey’s appeal of lower court rulings blocking its plans to allow legal sports betting at Atlantic City casinos and state racetracks.

But while New Jersey’s case doesn’t appear on the Court’s list of cases it intends to hear, it also doesn’t appear on the much larger list of petitions that the Court has explicitly rejected. This leaves open the possibility that the Court could address the issue via a supplemental ‘miscellaneous order’ at some future date. The venerable Scotusblog.com believes the Court will hold a ‘cleanup conference’ to address other cases on Monday, the results of which could be issued on Tuesday.

In 2014, the Court refused to hear New Jersey’s previous petition regarding its original sports betting legislation, but the Court signaled its interest in the current case in January by asking the Solicitor General to file a brief detailing the federal government’s official position. The Solicitor General urged the court to reject New Jersey’s petition, but it’s anyone’s guess as to whether the Court chose to heed this advice.

PASPA restricts legal single-game sports betting to Nevada, while allowing parlay-style wagering in three other states. New Jersey’s attorneys have argued that PASPA’s prohibition on individual states authorizing betting activity is unconstitutional because it unfairly binds states’ hands by preventing them from choosing how to enforce gambling laws within their respective borders.

When New Jersey asked the Supreme Court for help with its original sports betting legislation, the Solicitor General argued that the state wasn’t being unfairly bound by the federal government because the state had the option of repealing its betting prohibitions “in whole or in part.”

New Jersey’s second betting bill played on this advice by selectively repealing state laws against betting at casinos and racetracks. This bill was also struck down, but some of the District Court judges dissented because they found the two rulings contradictory and left the state no viable option for satisfying the court’s shifting definition of where ‘repeal’ ends and ‘authorization’ begins.

NUCLEAR OPTION
If the Court ultimately chooses to reject New Jersey’s petition, the state has one last arrow in its legal quiver: the so-called ‘nuclear option,’ under which the state would choose to fully repeal its betting prohibitions, effectively creating a situation in which virtually anyone could become a bookmaker without fear of prosecution.

There are some caveats to this nuclear option as detailed in the legislation being drafted by New Jersey State Sen. Ray Lesniak, a staunch advocate for the state’s gambling industry. Last week, Lesniak told NJ.com that would-be sports betting operators would still be subject to the state’s general business regulations, allowing the state some measure of control over betting operations without explicitly authorizing the activity.

However, there’s a growing belief that New Jersey going nuclear could be the anarchic trigger that finally convinces Congress to seriously contemplate repealing PASPA and developing a federal sports betting regulatory regime that would satisfy state governments, sports bodies and gaming industry stakeholders.