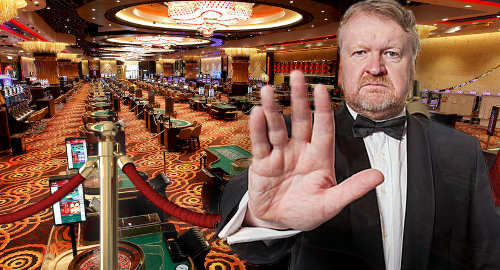 Legislators in both Japan and the Philippines are separately considering new limits on local residents’ ability to patronize local casinos.

The report suggested that requiring Japanese citizens to present their My Number identification cards to enter casinos would allow the government to cap the number of times any local resident is allowed to enter a casino within a given time period. The report indicated that the government plans to impose both weekly and monthly caps on casino entry, although how high each of those numbers would be has yet to be decided.

The card system will also allow casino operators to prohibit access by underage gamblers as well as problem gamblers who either self-exclude or have been excluded at their family’s request. The government is keen to show the public that it’s doing all it can to mitigate the potential negative aspects of casino gambling as it fine-tunes its regulatory regime.

Prospective operators of Japan’s casinos are likely sweating just how high (or low) the government’s caps on casino visitation will be, but they are likely relieved that the government has offered its strongest signal to date that it isn’t considering the type of blanket ban on local residents in casinos that holds sway in many other Asia-Pacific jurisdictions.

Japan’s government is hoping to have its secondary casino legislation ready to present to parliament in time for the Diet’s extraordinary session this autumn. Only after legislators approve the second bill will operators be permitted to submit applications for casino licenses.

PHILIPPINES MULLS CASINO ENTRY FEE FOR LOCALS
Meanwhile, the head of the Philippine Amusement and Gaming Corporation (PAGCOR) is trying to convince the government that imposing a new casino entry levy on local residents is a truly bad idea. PAGCOR CEO Andrea Domingo went in front of Congress on Wednesday to ask legislators not to approve a proposal to impose a P3k (US $60) entry fee on Philippine residents entering casinos.

Interaksyon quoted Domingo warning legislators that the proposed fee would not just have “a negative effect” but would likely “wipe out the whole mass market” that’s currently helping to drive the Philippines’ thriving casino sector. However, Domingo suggested that PAGCOR would be fine if a portion of the entry fee “could be used for playing.”

The proposed entry fee legislation was introduced in the wake of the recent attempted robbery of the Resorts World Manila casino by a Philippine national who was subsequently confirmed as an indebted problem gambler. But it seems poor policy to punish so many responsible Filipino gamblers for the actions of a troubled individual.