YouTube sensation, Doug Polk, has taken down one of the largest events of the year after defeating Bertrand “ElkY” Grospellier in heads-up action to win the $111,111 One Drop High Roller. 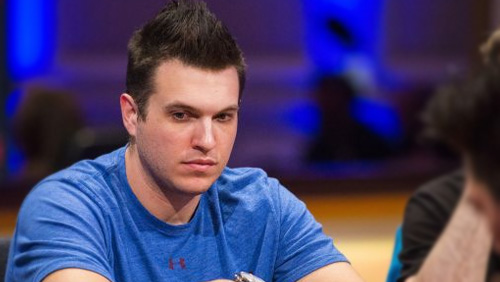 The YouTube sensation defeated an in-form Bertrand ‘ElkY’ Grospellier in heads-up competition to take home what will rank as one of the biggest purses of 2017.

“It feels nicer because of the money. It’s a good day for me,” Polk told the WSOP during his post-match interview.


Polk and his online training site Upswing Poker recently had the Doberman-like Luke Schwartz chomping away at their trouser leg. The controversial British cash game player called Polk a pigeon who couldn’t beat the high stakes games, and called his company a scam.

The two butted heads like a couple of hyped up rams, ending in Schwartz challenging Polk to a heads-up match during the series. Polk refused, saying he had nothing to gain and everything to lose. It seems he found a better way to prove this particular doubter wrong.

The event attracted 130 entrants, here is how those numbers stack up against previous events:

As a character, Polk is always going to have the wolves outside of his door, but you sense he has the skin of a rhino and an almost madman like work ethic about him that will ensure he will never be eaten alive.

A highly successful high stakes cash game player, Polk didn’t rest on his laurels. Instead, he has become the most successful YouTuber in poker with close to 110,000 subscribers, and his videos hit the six-figure mark as regularly as fireworks hitting the US skies on the Fourth of July.

Keen to cash in on that YouTube following, and to give something back to the poker community, Polk created Upswing Poker, one of the most successful online poker training sites in the world.

And he has now won three WSOP gold bracelets.

“I am honoured to win such a prestigious event,” said Polk.

And his victory saved him a trip to the barbers.

Before ElkY and Polk began their heads-up encounter, they agreed that the winner would have to switch hairstyles. With ElkY losing, he now has to exchange his bleach blonde look for the raven haired faux mohawk of Polk.

ament graph taking pride of place on his wall.