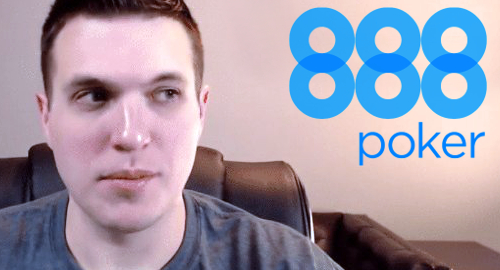 Doug Polk and 888Poker have entered into a business relationship that will see Polk streaming XL Inferno action on his popular Twitch channel, and the two-time World Series of Poker bracelet winner confirms a heads-up match with Luke Schwartz is never going to happen.

Luke Schwartz may think Doug Polk is a pigeon and his Upswing Poker business is a scam, but 888Poker have a different viewpoint.

The second largest online poker room this side of the bra I used to find on the bathroom floor when I was a kid that would cover my head has entered into a business relationship with the two-time World Series of Poker (WSOP) bracelet winner.

Once again, the ability for poker players to amass a tribe on Twitch is central to the relationship. Polk will appear in the $5,200 buy-in Super High Roller, Tue 16 May, as part of the XL Inferno online series while streaming live on Twitch.

Also, 888Poker is planning to host a one of a kind $1 buy-in tournament where players can win Upswing Poker lab packages worth $2k a piece.

And on Friday, 888Poker will host a $5 buy-in No-Limit Hold’em $5k GTD event called “Doug Polk – NO RAKE is Better.” Polk will make an appearance in both games, with a bounty on his head, and will also play the XL Inferno Main Events on Sunday which you can observe on his Twitch channel.

Speaking to 888Poker scribe, Chad Holloway, Polk said he had been talking with 888Poker a bit more regularly since he ramped up video production, and although he wasn’t interested in a permanent sponsorship, he was waiting for the right opportunity to form some kind of partnership.

Polk called 888Poker’s signing of Parker“ TonkaaaaP” Talbot huge and Talbot will also be appearing in the $5,200 Super High Roller while streaming on Twitch. All fees from the event will go towards the meta-charity Raising for Effective Giving (REG), the third online poker room to commit to such an arrangement this week.

Heads Up Match With Luke Schwartz Will Never Happen!
Fans of poker looking forward to a heads up for rollz confrontation between Luke Schwartz and Polk are going to be sorely disappointed after Polk confirmed on the Joey Ingram podcast that it would never happen.

Polk took the time to tell Ingram that the whole Luke Schwartz saga was kind of boring, overall, before reiterating previous comments he made stating that Schwartz’s attack on his company was not cool.

The YouTube star then went on to say that the heads-up match would never happen because there was no value in it for Polk saying it would not be good business to use his personal platform to allow Schwartz to talk trash about him.

“I just don’t get it,” said Polk in reaction to Schwartz’s beef with him before ending with, “there will always be a place in my heart and on my wall for Luke’s graph.”

Man what I would give to see these two sharing a table at the WSOP.