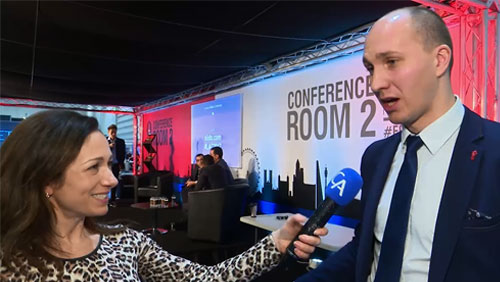 In this interview with CalvinAyre.com’s Becky Liggero, Max Maverik of BitStarz.com explains why Bitcoin has the upper hand over fiat currency when it comes to online gambling.

Bitcoin has revolutionized the way people gamble nowadays, providing a new experience that is distinctly different from paying cold cash in every transactions.

Although fiat currency and credit cards remain widely used by most gamblers, Bitcoin is becoming a popular alternative payment method since because it doesn’t take up much time and doesn’t charge higher fees.

The anonymity that Bitcoin provide to players also makes it a favorite choice of gamblers who wish to keep their identities away from the public eye.

Max Maverik described these wonders of Bitcoin as ‘automagic.’

“Usually in a fiat market, you need to wait two or three days. Let’s be honest, some casinos delay withdrawals. In BitStarz, we have such an optimized system that most of 90 percent of transactions are processed automatically,” Maverik told CalvinAyre.com. “I call it ‘automagic’ because it is really magic. With just one click, the money goes to your account. Of course, some transactions require proof and manual check. On average, our transactions are processed within 10 minutes.“

He agrees that Bitcoin trumps fiat currency in the payment department because of instant deposits and withdrawals, saying that first-time bitcoin users “are amazed how quickly it goes.”

“There are a lot of geeks that have bitcoins and they wanted to do something with it. They saw the casino and they think it can be an option to get some additional money or just to spend time. They use bitcoins. Maybe, for some of them, using bitcoins in our casino it has been for the first time,” he said. “They are shocked. Players in live chat are saying, ‘wow that is really fast.”

Meanwhile, Maverik advises affiliates that they don’t risk anything when they work with casinos that accepts bitcoin and fiat currency.

He said that affiliates can still get the same providers, the same games, and the same payment methods, but additionally, their players will have an option to use bitcoins.

“Taking into account the whole bitcoin structure, and how it works, and how many benefits it has. Real money affiliates have so much more options to earn additional money. If they are not including bitcoins right now, they are really missing out.”