Pokerography: 10 lessons on tyranny that apply to poker

In this week’s Pokerography series Lee Davy takes what he has learned from On Tyranny: Twenty Lessons From The Twentieth Century and applies it to poker.

I picked up On Tyranny: Twenty Lessons From The Twentieth Century after listening to the author, Timothy Snyder, talking to Sam Harris on the Waking Up Podcast.

I bought the book for two reasons.

Firstly, I am interested in playing detective when it comes to the way our belief systems are formed by external forces. Secondly, I wanted to learn more about tyrannical leaders after considering moving to America. After reading the book, I have decided that won’t happen while the current president rules.

But as I ploughed through the 20 lessons I couldn’t stop thinking about the beef that PokerStars recently had with its most vocal player base in the wake of the Supernova Elite (SNE) changes.

To be clear, I don’t think that PokerStars falls under the description of a tyrannical ruler. In my experience they are neither cruel nor oppressive. If they are to be blamed for anything it’s the decision to put business interests ahead of customer value, and many companies make that mistake.

And it’s important to understand how fickle these things can be. The media – both poker and social – is currently turning poker fans into partypoker junkies, but the scent of roses could turn to horse manure tomorrow, and that’s why these lessons are important for both players and  organisations.

Snyder supplies twenty lessons on dealing with tyranny, but I have only chose ten.

1. Do Not Obey in Advance 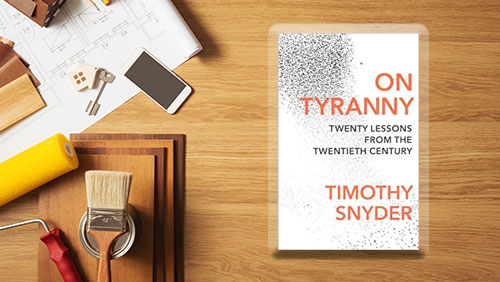 The two words that struck me within this lesson were anticipatory obedience. The author points to the German elections of 1932 and the Czechoslovak elections of 1946 as two examples where the people voluntarily extended their services to the leaders, and in doing so, gave both regimes the confidence to speed up the process until there was a full regime change.

The same thing happened when PokerStars started cutting their cloth. A series of changes were made in both the live and online products in a bid to reduce costs and preserve the poker ecosystem. A core group of players complained about the changes, but the evidence shows, hardly any of them took their money elsewhere.

In making this decision, the players were sending a message to PokerStars that they were willing to continue playing on the site despite being treated in a way they didn’t feel was appropriate given their service as a customer.

If you were sitting in the higher echelons of power within PokerStars, and you saw the playing numbers increase as you were actively taking out costs, what would you do?

I don’t think there are enough institutions within poker for the people to protect and this is a bad thing. There is no trade union. There is no obvious way to unite what would be a formidable force.

The two institutions that immediately spring to mind are the 2+2 Forum and the Poker Players Alliance (PPA). Both of which have been instrumental in the past in doing what they can to protect the people from the effects of organisations attempting to do them harm.

The online poker ban in America is the case that immediately springs to mind. The poker community is a powerful force, and I’m not sure that, as a collective unit, there has been enough done to try and change opinion about online poker in the States.

PokerStars organised a tour bus to meet, greet, and educate Californians, but where was everyone else?

A small group of poker players can’t defend themselves against governments and billion dollar businesses. There needs to be unity within institutions but but I don’t think we have enough and that weakens the poker community in the fight against tyranny.

3. Beware The One Party State

PokerStars dominate the online poker business and that’s not a good thing unless you work for PokerStars. The difficulty players are experiencing taking their business elsewhere is testament to this fact. Through their might and success they have created the best software in the business and until very recently the best live tours.

The recent hive of competition in the live tournament sphere is great news for the poker community because it keeps everyone honest. The harder 888Poker, PokerStars and partypoker fight the better it is for everyone concerned.

“Someone has to,” wrote Snyder. 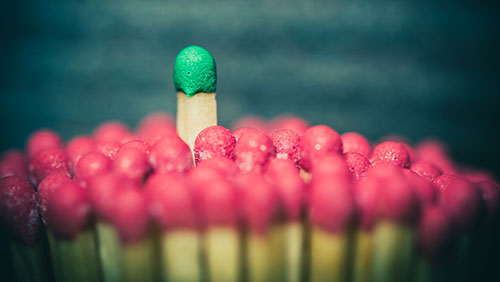 It’s frightening to take on the role of Rosa Parks, but it’s imperative that a few brave people show the world that the status quo doesn’t have to exist.

Not everyone is a leader, but there are enough followers if you are brave enough to stand out.

Snyder explained that during the 2016 Presidential Election, it was found that 78% of the factual claims Donald Trump used in his speech were false.

Snyder went on to say that when nobody knows what is true anymore, there is no basis from which to criticise power, and the biggest wallet pays for the most blinding lights.

And this leads nicely to lesson

The Internet is the bomb, but bombs can cause a lot of damage. Pick any topic and you will have a deluge of differing points of view. It’s therefore critical that you investigate and figure things out for yourself.

Learn more about the business you are in.

Demand an audience with the choosers of your fate.

Don’t blindly follow the crowd with the loudest voice just because what someone has said makes sense.

Is the poker ecosystem dying?

“If the main pillar of the system is living a lie,” wrote Vaclav Havel in The Power of the Powerless, “then it’s not surprising that the fundamental threat to it is living the truth.”

Snyder believes for a full on resistance to make a difference two things have to happen.

1. Ideas about change must engage people of various backgrounds who do not agree about everything.

2. People must find themselves in places that are not their homes, and among groups who were not previously their friends.

Snyder is a great believer that unless a protest ends up on the street then it isn’t real. The entity with all the power wants you rooted in your expensive gaming chair tapping away furiously into your social media account while 12-tabling on the very site you are complaining about.

Meet other online poker room operators and find out what the alternatives are.

Don’t stay behind the computer screen screaming at the void.

Poker does more good for charity that most of the top professional sports in the world.

The World Series of Poker (WSOP) works with the One Drop Foundation. The World Poker Tour (WPT) has the WPT Foundation. PokerStars charitable arm Helping Hands works intimately with Right to Play.

More recently, the players have shown spirit of unity by coming together to create Raising for Effective Giving (REG). As I type they are running a promotion #WSOP4Charity urging players to donate 3% of their final table earnings to help reduce suffering in the world.

“Pick a charity or two and set up autopay,” writes Snyder who believes supporting these kinds of organisations helps reduce the grip of tyranny.

9. Learn From Peers in Other Countries 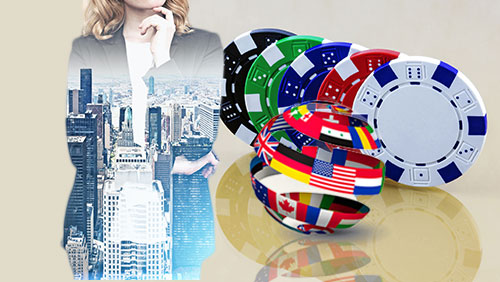 This is one area where the poker community excels. I was stunned to find out that 64% of Americans have never left the US. What a myopic view of the world that must present to the American people.

Snyder urges people to have a passport and to use it and poker players passports have more stamps on them than the feet of a hooker in a rugby scrum.

Poker players who travel the circuit are exposed to a broad variety of cultures and this helps shape and form a more substantive and learned point of view.

Maybe one area poker players could improve upon is to spend more time learning from people who work for other online poker rooms and live tours.

10. Be as Courageous as You Can

Snyder’s final lesson was the one that shook me up the most.

“If none of us is prepared to die for freedom, then all of us will die under tyranny.”

I think death comes at us in a number of ways. There is the close your eyes and never wake up kind of death, and there is the slow suicide that comes with living a life that goes against core human values.

If you are playing on an online poker site and don’t feel comfortable being there, then Snyder’s final lesson is for you.