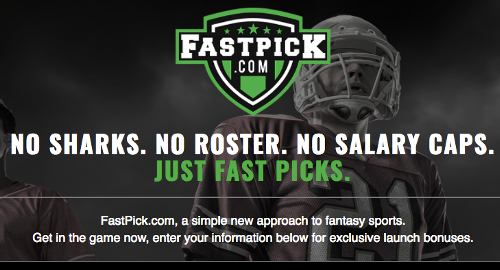 As New Jersey waits to learn if the US Supreme Court will consider its bid to overturn the federal ban on sports betting, gaming operators continue to offer consumers pseudo-betting options to fill the void.

On Monday, WinView Inc announced that it had raised $12m in financing to further develop its WinView Games free-play in-play sports betting mobile app. The funding round is a tenfold bump on the $1.2m the “second-screen gaming” company raised back in 2015.

Among the deep-pocketed investors who contributed to WinView’s latest funding round are Ted Leonsis, who owns the NBA’s Washington Wizards and the NHL’s Washington Capitals. Leonsis previously participated in funding rounds led by daily fantasy sports operator DraftKings.

The ad-supported WinView app offers fans the ability to enter contests in which they predict a variety of in-play outcomes for a chance to win virtual credits in the form of WinCash, which can be redeemed for real cash. WinView says its contests are legal in all 50 states since they don’t require players to ante up an entry fee.

WinView currently has about 130k registered users, and the hope is that the new funding will enable the company to boost awareness while expanding its roster of sports options beyond US-focused football, basketball and baseball. The company is also working on developing pay-to-play options.

FastPick will offer house-banked parlay contests, in which players wager on the outcome of between three and ten pre-selected head-to-head athlete scoring comparisons. Players can bet up to $10k on their matchups, with a $100k jackpot awaiting anyone who correctly predicts the results of a 10-game parlay.

FastPick’s product is still awaiting regulatory approval from New Jersey’s Division of Gaming Enforcement, but SportAD’s CEO Joe Brennan, who founded the Interactive Media Entertainment & Gaming Association (iMEGA), told ESPN that the idea was to get something “as close to a traditional single-game play as we [could], but still have it be compliant with fantasy rules.”

FastPick maintains that it conforms to the terms of the fantasy carveout in the 2006 Unlawful Internet Gambling Enforcement Act (UIGEA). That carveout stipulates that fantasy contests can’t be determined by the outcome of a single game or combination of games, or a single athlete’s performance.

The increasingly blurred lines between fantasy contests and actual sports betting grew a little sharper this week after a federal court ruled that the entry fees for DerbyWars’ horseracing fantasy contests were the equivalent of wagers under the Interstate Horseracing Act of 1978. It remains to be seen how the feds will react to operators like SportAD sneaking their toes further and further over that legal line.