Pennsylvania pol seeks to okay up to 25 ‘satellite casinos’ 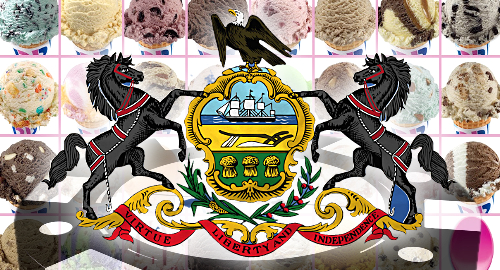 Pennsylvania’s rapidly multiplying gambling expansion proposals are turning the state into a gamblified version of Baskin Robbins, although stakeholders are finding many of these new flavors leave a sour taste in the mouth.

The Pennsylvania state Senate’s Community, Economic & Recreational Development (CERD) committee will hold a hearing on Tuesday to discuss HB 271, one of the many work-in-progress gambling expansion bills vying for legislators’ attention in the dying days of the current session. While intrastate online gambling appears to be a shoe-in for making the bill’s final text, the rumored tax rate and other provisions could doom the bill’s chances for further progress.

Enter state Sen. Camera Bartolotta, a woman who clearly never heard the phrase ‘too many cooks.’ Bartolotta filed a memo on Monday signaling her intention to introduce new legislation that makes no mention of online gambling but would authorize “satellite casino locations,” a concept that you know the state’s current 12 brick-and-mortar casino operators are just gonna love.

Bartolotta’s plan is to allow “up to 25” of these satellite gaming venues, each of which would be allowed to offer 500 gaming machines but no table games. However, they could offer off-track betting (OTB) or “other legalized games of chance.”

Anticipating that the state’s current casino operators aren’t going to be wild with her plan – particularly given how frostily they’ve welcomed proposals to allow up to 40k video lottery terminals (VLTs) in pubs, clubs and OTB outlets – Bartolotta says she’ll stipulate that the new satellite facilities can’t be located within 25 miles of an existing casino. Yeah, er, no.

Bartolotta insists her intentions are in line with the government’s need to close its budget funding gap, as she plans to charge up to $5m per satellite casino license. Some of the funds raised via this scheme would be distributed to areas currently not receiving any funds from the Local Share tax, which compensates host communities for inconveniences created by the gaming operations in their immediate vicinity.

Other aspects of Bartolotta’s proposal include approving mobile gaming at airports, allowing the Pennsylvania Lottery to offer keno at bars and taverns and authorizing “skill and hybrid games” at casinos. Bartolotta believes her plan will generate $240m in upfront fees, plus an additional $360m in new annual revenue. That is, if the state’s casino operators haven’t already informed the rest of the legislature that they’ve spit in the bucket containing this new ‘Bartoscotch’ flavor.

(UPDATE – An earlier version of this article has incorrectly labelled Sen. Carmera Bartolotta a man rather than a woman. This has been corrected. The plan is still daffy though.)