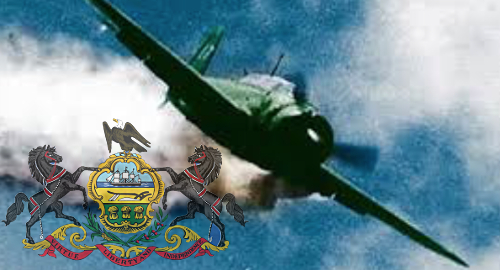 If you ever doubted Pennsylvania legislators’ sincerity in their attempts to pass online gambling legislation, your skepticism has been handsomely rewarded.

Tuesday brought a flurry of tweets from GamblingCompliance scribe Chris Krafcik (@CKrafcik) regarding the direction that the Pennsylvania state Senate’s Community, Economic & Recreational Development (CERD) committee is “leaning toward” with regards to intrastate online gambling legislation.

The stupefying sextet of Krafcik tweets began with an ominous warning that Pennsylvania’s already meandering path toward regulated online gambling was “becoming more torturous.” For one thing, Category 3 casinos would be ineligible for online licensing under CERD’s plan, therefore leaving Valley Forge and Lacy Luck Nemacolin on the sidelines.

CERD is reportedly proposing a bifurcated online licensing regime; one for poker-only sites, the other covering casino games. There would be a maximum of 10 available licenses of each type, and each of these would require operators to ante up a $5m fee, putting the state’s total upfront take at a nice round $100m.

But before you start counting that scratch, consider CERD’s proposed tax rates, which are 16% for the poker-only sites and 54% for casino sites. The 54% figure mirrors the rate charged for the state’s brick-and-mortar slots operators, while land-based gaming tables are only required to pay 16%.

The first time anyone proposed directly applying the 54% slots tax to the online realm was back in 2015, when state Sen. Kim Ward introduced her SB 900, which promptly went nowhere. Nowadays, even the 25% rate recently proposed by Sen. Jay Costa’s SB 524 is sufficient to set teeth a gnashing, so we’re really at a loss as to what CERD has been smoking (but we’d like to try it).

At the state legislature’s joint hearing on online gambling in March, much ado was made about the disparity between the 54% land-based slots tax rate and the 16% proposed by Rep. George Dunbar’s HB 392, and how this disparity would allegedly convince diehard slot jockeys to forego Pennsylvania’s brick-and-mortar venues for the online game, despite ample evidence that the two gaming verticals are complementary, not cannibalistic.

This tax disparity talk was primarily voiced at that March hearing by Senators Lisa Boscola and Robert Tomlinson, each of whom sits on the CERD committee. Kim “54%” Ward also has a CERD seat, as does a co-sponsor of her earlier legislation.

Needless to say, none of the state’s online gambling stakeholders are likely to support this kamikaze approach to passing online gambling legislation, which makes you wonder why these pols bothered to make the effort. Honestly, at least you never doubted that the kamikaze pilots wanted Japan to win…