After weeks of keeping mum regarding digital currencies like bitcoin, the People’s Bank of China (PBoC) is back in the headlines—to give more grim news about the legal status of cryptocurrency in China.

Huang Yusong, a staff member of the Chinese central bank, was quoted by several media outlets saying that there’s no chance—for now—that bitcoin will gain legal status in the country. The reason? The lack of anti-money laundering and know-your-customer regulations in place. 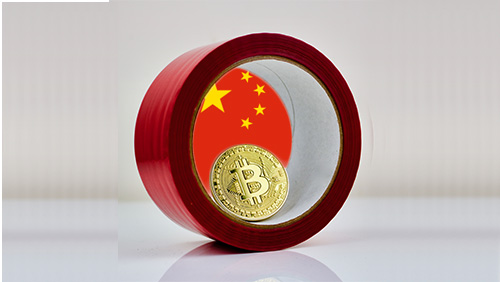 The news isn’t surprising, given that the Chinese financial officials have spent the better part of the first months of the year cracking down on digital currency-related companies in the country. This, if you recall, has caused many platforms including the so-called ‘Big 3’—Huobi, OKCoin and BTCC—to halt digital currency withdrawals while they performed an upgrade to fight “money laundering, exchange, pyramid schemes and other illegal activities.”

In March, the PBoC announced that it will subject domestic bitcoin exchanges to current banking and anti-money laundering laws, prompting the exchanges to immediately introduce new guidelines. Huobi, in particular, now wants its users to identify where they got their funds, provide bank transfer records of moving funds from a legitimate bank to Huobi and also provide an extensive explanation not only on the transfer, but also where the money is transferred to and how the customer intends to use the digital currency.

In the end, the PBoC’s statement changes nothing, especially since everyone knows that banks are not fond of digital currencies like bitcoin. Still, domestic exchanges are hoping that it will only be a matter of time before the Beijing government sees the benefits of the digital currency.

Bobby Lee, founder and chief executive officer of BTCC, recently estimated that “it will be two to three years before China regulates bitcoin.”

The price of bitcoin has breached the $1,330 level during Friday’s mid-morning trading.