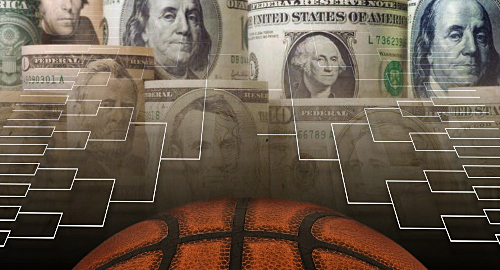 Figures released Wednesday by the Nevada Gaming Control Board show total casino gaming win hitting $991m in March, 7.45% higher than the same month last year and $45m more than the state reported in February 2017. Revenue on the Las Vegas Strip was up 8.1% to $542m while Downtown Las Vegas casinos saw their revenue spike 22.6% to $62.9m.

Craps also had a good month, gaining 8.8% to $35.1m, while roulette headed in the opposite direction, falling 3.1% to $28.6m. The state’s poker revenue – which includes a negligible contribution from the state’s flaccid online poker market – was basically flat at $9.6m.

The state’s licensed sportsbooks had a particularly strong month, with revenue up over 225% to $31.4m, despite laggard football bettors cashing in a whopping $13m of winning football tickets. The ‘Other’ sports category had a strong showing, rising 157.3% to just under $2.3m, while parlay cards leaped 683% to $537k.

But it was basketball that drove the overall sports numbers, as roundball revenue shot up 91.7% year-on-year to a record $41.27m, while basketball betting handle also set a record at $429.5m, although this was only marginally better than last year’s $422.2m.

The numbers obviously got a boost from the annual NCAA March Madness bracket bonanza, but how much of a boost is unclear, as the state regulator doesn’t break out separate numbers for college and pro hoops action. Estimates are that around 70% of this year’s March basketball numbers were derived from the college game.

The state’s pari-mutuel racebooks had an off month, falling 2.1% to just under $4.1m.