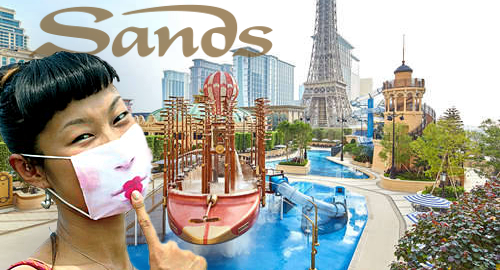 Late Saturday night, Macau’s Health Bureau issued a notice saying it was investigating three cases in which Hong Kong residents reportedly contracted the potentially fatal variety of pneumonia after visits to the Parisian Macao in December 2016, January 2017 and March 2017.

The three men, whose ages range from 66 to 84 years old, were diagnosed in hospital in Hong Kong. One has since been discharged, while one man is in serious condition and the other is listed as critical.

The disease is primarily spread through inhaling warm water mist containing the bacteria. As a precautionary measure, Macau’s Health Bureau has ordered Sands China to shut the Parisian’s swimming pool, jacuzzi and fountain, while ensuring the operators conduct a thorough cleaning and disinfection of the property’s tap water system.

The Health Bureau conducted tests of the suspected contamination points over the weekend and expects to have the results back in around 10 days. Meanwhile, Hong Kong’s health minister has downplayed suggestions that poor communications between the two jurisdictions had caused unnecessary delays in alerting the public to the possible contamination.

A Sands China spokesperson told GGRAsia that the operator was “fully cooperating” with the Health Bureau on the matter but declined to offer any indication as to whether the negative publicity was having any impact on the property’s hotel bookings.

Macau market watchers will be waiting to see how much of an impact news of the outbreak has on future travel to the world’s largest casino hub, which has posted eight straight months of gaming revenue gains after over two years of negative numbers. Tourist arrivals were up 5.6% year-on-year in the first quarter of 2017.

The Parisian, which launched last September, is considered one of the more successful debuts of any of the new integrated resorts to have opened in Macau in recent years. Sands has trumpeted the Parisian’s ability to draw a mix of mass market and VIP gamblers due to the property being just “too damn attractive.”