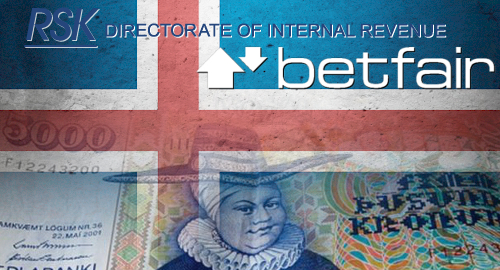 Iceland’s tax authorities have rejected a financial company’s attempts to write off betting losses as a business expense.

According to the report, the unnamed company’s primary reason for being was making speculative investments in foreign currencies prior to the 2008 global economic meltdown, which hit Iceland particularly hard. The country endured three years of severe economic strife that saw the failure of three major commercial banks while the country’s stock market lost 90% of its value.

In response to the crisis, the Icelandic government was forced to impose strict capital controls that the unnamed company claimed ruined its business model. It was at this point that the light bulb apparently went off in the mind of the company’s owner, who decided to pursue alternative ‘investments’ such as online sports betting with Betfair.com.

These ‘investments’ with Betfair on football and basketball games proved to be as dodgy as Iceland’s economic situation, resulting in the aforementioned ISK 250m loss. The company then made another major bet by attempting to sneak these losses onto its tax returns, but the RSK wasn’t having it.

The company appealed the RSK’s decision, but a panel has now rejected this Hail Mary legal gambit. Still, as the saying goes, nothing wagered, nothing gained. Again.