Fantasy sports companies are feeling the heat of the legislative battle across the United States, with many folding up in defeat.

Daily Mail Australia reported that more than two-thirds of fantasy sports firms have closed, merged or even changed focus since questions on the industry’s legality were raised in 2015. 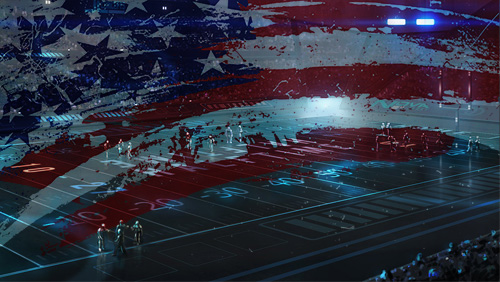 Fantasy Sports Trade Association (FSTA) pointed out that the biggest casualties in the legislative and court battle were the smaller operators that folded. From 118 member companies, the trade association noted that 81 are either no longer offering contests or their status is unknown.

The closure of Fantasy Aces, FantasyHub, and FantasyUP were among the most notable cases since these companies folded while still owing players money. On the other hand, the FSTA touted the proposed merger of daily fantasy sports (DFS) giants DraftKings and FanDuel , which is still being reviewed by the Federal Trade Commission.

FTSA lamented that the legal uncertainty has driven investors away from the industry and thus making it difficult for start-ups to survive.

“Everyone thought DFS was the next gold rush,” said DFS expert Daniel Barbarisi, author of ‘Dueling With Kings,’ an inside look at the industry’s rise and fall released last month. “It couldn’t sustain that level of speculative growth, especially from small operators. Now that the barrier to entry is higher, I’m not surprised at all to see many of them falling by the wayside.”

At present, half of all the American states have introduced proposals to legalize and regulate the industry. The newest state that passed the legislation was Arkansas. Ten other states have legalized DFS: Colorado, Indiana, Kansas, Maryland, Massachusetts, Mississippi, Missouri, New York, Tennessee and Virginia.

But the legalization of DFS, doesn’t necessarily mean shielding the industry from crumbling apart. Take the case of Syde Fantasy Sports.

Ryan Huss, co-founder of Syde Fantasy Sports, lamented that he and his partners had no other option but to take a different direction for their business due to the costly licensing fees that Virginia imposed since it legalized the industry.

Huss said the US$50,000 registration fee is too much for small players like their company to shoulder.

“The fees seem like more of a deterrent than anything else,” he said. “Only the largest operators can truly afford to pay them.”

Despite the consolidation, demand for the games still appears healthy.

Data gathered by gambling research firm Eilers & Krejcik Gaming showed that the total amount of entry fees that players paid rose 4 percent to about US$3.3 billion in 2016 while net revenues for DFS operators surged 15 percent to US$350 million.