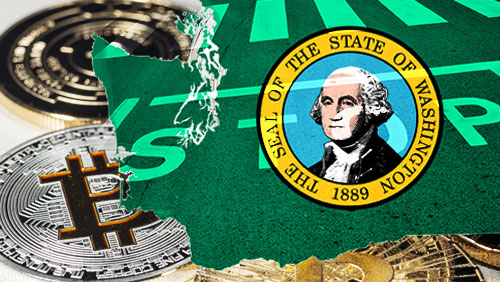 Digital currency exchange Poloniex is halting its services in the state of Washington.

Poloniex customers living in Washington were given a two-week period to close any open orders and withdraw funds from their accounts. Users who fail to withdraw their funds by April 21, 2017, will be required to submit support tickets directly to Poloniex customer support before they can move their funds elsewhere.

There is no deadline, but the company is urging its customers to withdraw their funds “as soon as possible” because accounts of verified Washington state residents “will be placed in a suspended state and access will be restricted.”

“During this time, your account will function normally, but you will be prohibited from opening new margin positions, adding to existing ones, and lending funds,” Poloniex said in a statement.

“After careful consideration of the Washington State Department of Financial Institutions’ (DFI) interpretation of its financial services regulations, we regret to inform you that Poloniex will be suspending operations for our customers residing in Washington until further notice,” Poloniex said.

Poloniex follows the footsteps of Bitfinex, which exited the state of Washington last month after the DFI ordered the exchange to obtain a state money transfer license before it can offer its services to its Washington customers.

Elsewhere, Coinbase also shut down its operations in Hawaii due to a new policy imposed by the Hawaii Division of Financial Institutions, which requires digital currency businesses to maintain cash reserves in an amount equal to the aggregate face value of digital currency funds held on behalf of customers.

Bitcoin is classified as a medium of exchange in the state of Washington, and financial regulators described a medium of exchange like bitcoin as “money” in the Uniform Money Services Act, which means that currency exchanges like Poloniex fall under the same policies governing conventional money transmitters. However, it is impractical to subject digital currency companies and exchanges to identical policies applied to money transmitters and financial companies dealing with fiat money. If regulators really want to standardize the industry, they need to deepen their understanding of cryptocurrencies in general and introduce regulations that will help both customers and businesses.

Bitcoin’s price has broken through $1,220 during Wednesday morning’s trading and continues to rise, thanks the increasing adoption of the digital currency in Japan.