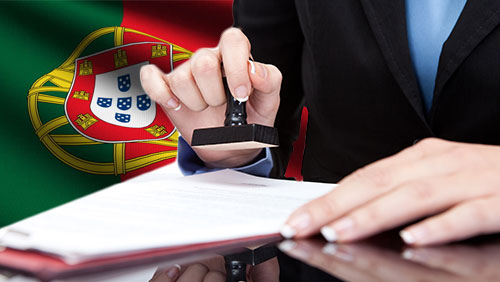 After a long and laborious wait, the European Commission finally rubber-stamped a technical framework from the Serviços de Regulação e Inspeção de Jogos allowing them to start negotiating with other European regulators on a shared online poker liquidity scheme.


The sorry saga for online poker pros trying to ply their trade in Portugal began in December 2015. It was at this time that the Serviços de Regulação e Inspeção de Jogos (SRIJ) Head of Online Gambling, Manuela Bandeira, spoke openly at a Gambling Compliance meet and greet about the regulator’s intention to follow the precedent set by France, Spain and Italy and ring-fence poker liquidity.

It was a Porco Preto kebab stick to the heart of Portuguese professional players who had already seen the likes of PokerStars flee the country, preferring to wait until the regulator had firmed up plans. But there was still fight in the old pros.

The Associação Nacional de Apostadores Online (ANAon), a group created to protect the rights of online gamblers, urged members to boycott any ring-fenced sites and this action eventually led to SRIJ telling ANAon that the move was only a temporary one and to take a chill pill. They would start issuing licenses in March and begin work on a technical framework allowing shared liquidity with other regulated European nations.

March came and went and still no licenses.

Then in May, the French operator Betclic Everest Group became the first to be awarded an online sports betting license under the new regime, just in time for the Euro 2016 Finals. Bet Entertainment Technologies picked up the second sports betting license in July. Estoril Sol received the first online casino license, and then came a big moment when PokerStars returned to the fold in November after having received a license to open an online casino and ring-fenced online poker room.

The early prognosis was good with Portuguese online poker players munching on PokerStars virtual tables like a kid lost in the woods for six months laps up a bowl of Ready Brek, drawing in more online cash game players that 888Poker.

And then in January 2017, there was more good news for online poker players based in Portugal when the SRIJ finally sent the technical framework that would include shared online poker liquidity to the European Commission (EC) for a rubber stamp, nine months after they began writing it.

The Rubber Stamp Has Landed

According to CasinoNewsDaily.com, the EC has finally approved the technical standards {Projeto de Regulamento que define os Requisitos Técnicos do Sistema Técnico do Jogo Online}, and the SRIJ can now begin shared liquidity negotiations with other regulated markets in Europe. Considering the French regulator Autorité de régulation des jeux en ligne (ARJEL) already has the power to do likewise, and the relevant bodies from Italy, Spain and the UK have already been speaking to the French and Portuguese – this is all excellent, albeit very slow, news.