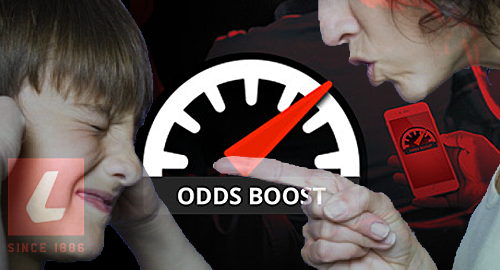 The Australian division of UK bookmakers Ladbrokes has been convicted (again) for violating laws against inducing gamblers to wager.

On Thursday, Liquor and Gaming New South Wales announced that Ladbrokes Australia had been convicted of breaching NSW gambling advertising language that prohibits betting operators from publishing adverts that offer NSW residents any inducement to gamble or open a betting account.

The offending ads, which appeared on Ladbrokes website, as well as on YouTube and in the Sydney Morning Herald newspaper, promoted the company’s Odds Boost and Odds Boost Extra features, which increase the favorability of one bet per day on the race of their choice.

The regulator announced that Ladbrokes had been fined A$35k and ordered to pay an additional A$50k in legal costs. Ladbrokes learned its fate on Wednesday in Downing Centre Local Court.

The penalty was significantly stiffer than Liquor and Gaming NSW has levied against other operators, including CrownBet and Bet365, in part because this isn’t the first time the regulator has been forced to take Ladbrokes to the woodshed. In 2015, Ladbrokes was fined A$7,500 plus costs of A$18k for similar breaches.

Ladbrokes Australia is definitely undergoing a period in which it seems unable to find its footing. Last month, the company was forced to “put on hold” its plans to offer head-to-head betting on Victorian community football leagues “after consultation with the Australian Football League.”

Some of those local leagues had reacted quite negatively to Ladbrokes’ surprise announcement, forcing the company to eventually issue a statement saying that while it had “every faith in its internal measures to uphold the integrity of these leagues, as an official betting partner of the AFL, we accept the umpire’s decision.”

In more positive news, Ladbrokes recently boosted its visibility in the National Rugby League by signing a sponsorship deal with the Newcastle Knights. The one-year deal will see Lads logo adorn the back of the Knights’ jerseys, as well on the goal post and corner post pads at Knights home games.

Lads also extended its deal with the NRL’s Gold Coast Titans through the 2019 season, ensuring that the Lads logo will continue to appear on the team’s jerseys, throughout the stadium grounds as well as on the team’s digital platforms.