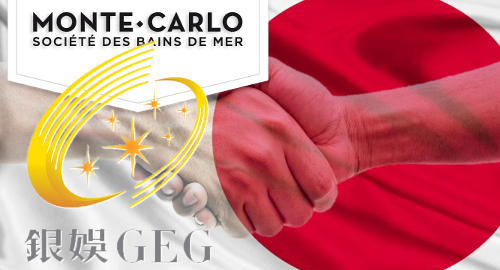 Macau casino operator Galaxy Entertainment Group (GEG) has partnered with a Monaco gaming icon on a bid for a Japanese casino license.

On Wednesday, GEG announced that it had entered into a strategic partnership with Monte-Carlo Société des Bains de Mer (SBM), the state-owned firm that operates the venerable Casino de Monte Carlo, the first official gambling venue to open in Monaco way back in 1863.

GEG, which took a $42m stake in SBM two years ago, said the partnership included a “mutual commitment to enhance the respective businesses and brands of each company.” However, it seems the main purpose of the pact is to “work together on the development and operation of entertainment businesses including Integrated Resort projects in the Asia-Pacific region.”

GEG notes that its deal with SBM comes 15 weeks after Japanese legislators approved the Integrated Resorts Promotion Bill, which will amend Japan’s constitution to lift the longstanding ban on casino gambling. Secondary legislation spelling out the nuts and bolts of casino regulation is expected to be debated in Japan’s Diet this fall.

Japan’s legislative shift kicked off a flurry of extravagant promises from casino operators hoping to receive one of perhaps only two major casino licenses that Japan intends to issue. Numerous operators have proposed spending up to $10b on their projects in the hope of impressing Japan’s decision makers.

GEG’s release notes that it is renowned for its “world-call, luxury, integrated resorts” in Macau while SBM brings “iconic, luxury prestige” via its “rich history in Monaco.” GEG says a Japanese proposal promises “the best of what both GEG and S.B.M. have to offer.”

Analysts have been somewhat bearing on GEG’s chances at winning a Japanese casino license, given that the company’s gaming operations are wholly based in Macau, while many of its competitors have established footholds in other Asian jurisdictions, allowing them to demonstrate an ability to appeal to non-Chinese consumers.