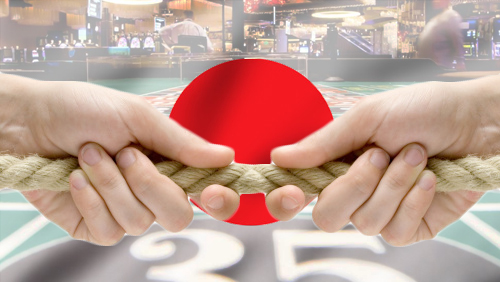 The competition to develop the first integrated resort in Japan continues to heat up.

Las Vegas Sands Chairman Sheldon Adelson recent announcement that he is ready to spend as much as USD10 billion to build a casino resort in Japan appeared to have prompted his rivals to step up their game in order to grab a slice of the action after the country finally passed a bill legalizing casinos.

U.S.-based café and casino chain Hard Rock Café International said it is looking to form a consortium with Japanese companies as it seeks entry into what analysts expect could become the world’s second biggest casino market.

In an interview with Reuters, Hard Rock Café Chairman James Allen said they have already identified up to 30 potential partners, including financial companies, manufacturers and landholders, with whom they “are looking at 40-60 percent equity participation.”

Hard Rock, privately owned by the Seminole Tribe of Florida, recently appointed industry veteran Edward Tracy to head its newly-created Japanese unit. The company already has a presence in Japan, where it has six Hard Rock Café locations currently in operation. But it has been eyeing to make a major investment in Japan, which recently approved its Integrated Resorts Promotion Bill, marking the first step towards the legalization of casino gambling in the country.

Another operator that is upping the ante against its casino rivals is Melco Crown Entertainment.

On Wednesday, CEO Lawrence Ho said there is no limit on how much Melco Crown Entertainment is prepared to invest, although the amount will depend on the host city, which in Melco Crown’s case is the city of Osaka.

“This opportunity is priceless and we’ll spend whatever it takes to win,” Ho said in a briefing organized by brokerage CLSA Ltd.

Japan, which passed legislation last December that will make casino gambling legal, may see the opening of new casinos by year 2023. CLSA noted that Las Vegas Sands, Genting Singapore Plc and MGM Resorts lead the chase in Japan due to their strong balance sheets and proven track records.