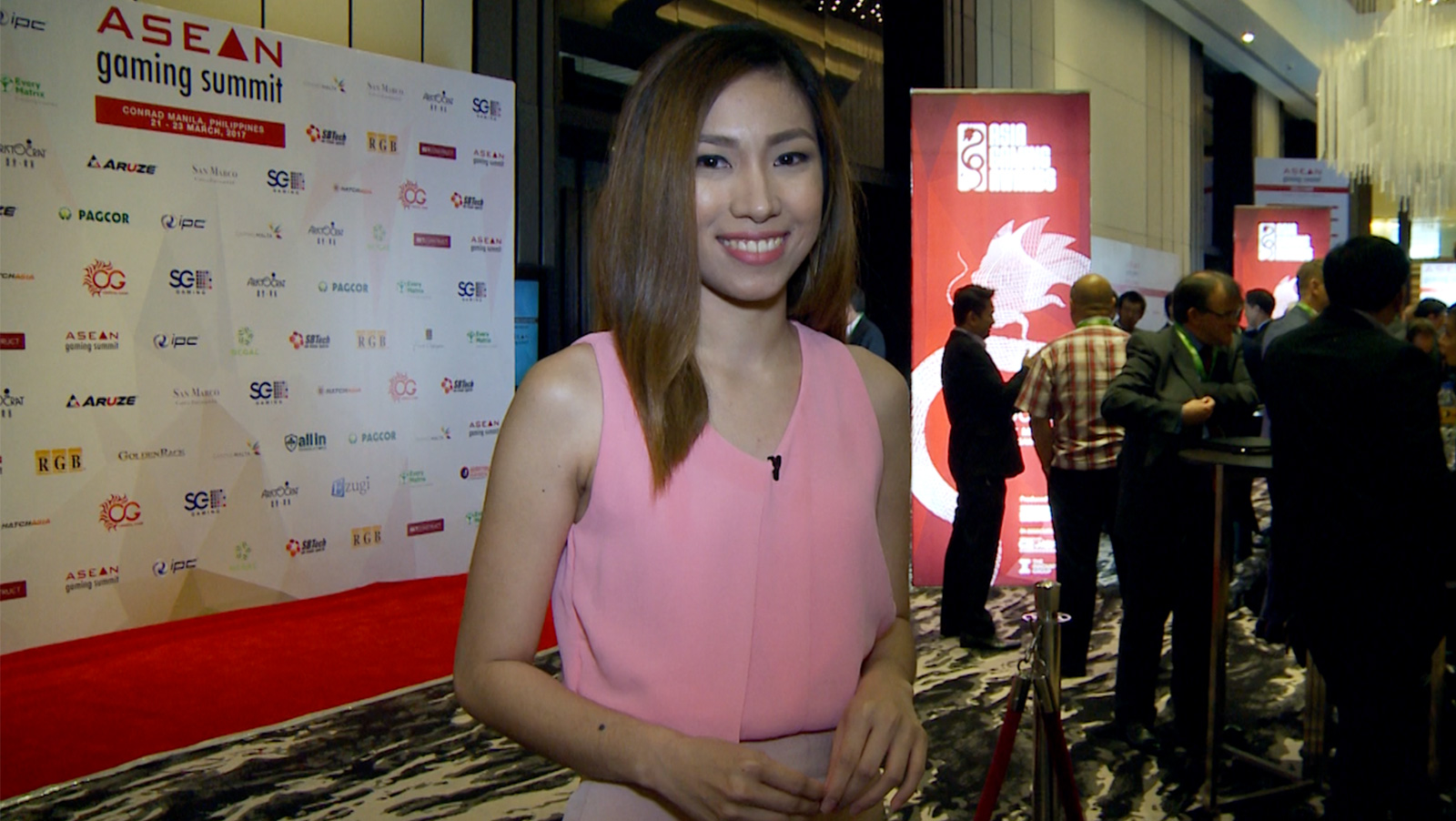 The inaugural ASEAN Gaming Summit has kicked off mighty and strong with the rare gathering of the four big players of Philippine integrated resorts under one roof, and with Philippine Amusement and Gaming Corporation (PAGCOR) Chairman Andrea Domingo as its keynote speaker. The three-day conference opened yesterday in the sunny city of Manila in the Philippines, the forefront of Southeast Asian gaming.

Asia Gaming Brief’s (AGB) Managing Director and conference producer Rosalind Wade officially commenced the summit before 200 industry guests from both land-based casinos and online gaming sectors, as well as members of the local and international media. Joined by co-producer Luis Pereira onstage, Wade acknowledged the very unusual assembly of the key leaders of the largest integrated resorts in the Philippines.

Domingo opted not to deliver her keynote speech on the continuing momentum of gaming growth in the Philippines. Instead, she encouraged the audience to read the printed copy and took her time to emphasize the benefits of investing in the country.

“We will continue to do better because the market is robust, because we are an open society, and do not discriminate. We accept people. We are actually a melting pot of all cultures – Asian and Western cultures.”

Domingo’s speech ended with what could be a first in any Asian gaming conference—a statement of support to the Philippine government and a calm yet strong criticism against Philippine Vice President Leni Robredo.

The day one sessions of the AGS focused on regional developments and competition, opportunities and impact on emerging markets such as Cambodia, Laos, Myanmar, Thailand and Vietnam, and casinos and integrated resorts growth.

Okada’s Wolstenholme shared his thoughts on some of these opportunities in an interview with CalvinAyre.com.  “It (Philippine government) is very pro-business, is very pro-tourism,” he said.

Wolstenholme added, “I think that those two attributes are really contributing to what we see as a really, really bright future for entertainment, hospitality and integrated resorts here in the Philippines.”

The AGB and PAGCOR held a joint-press conference after a networking luncheon hosted by PAGCOR. Chairman Domingo answered questions on issues hounding Philippines gaming such as the changes and growth it experienced in recent months and the controversial online gaming POGO license.

She revealed that the PAGCOR board has approved the acceptance of applications for POGO license and will be issuing these licenses by April this year.

As day one came to a close, AGB’s Wade shared her vision behind the development of this summit. “We saw the growth and the activity in the Philippines and realized it’s one of the most important gaming markets in Asia,” Wade explained.

She also said that Macau, Singapore, and recently, Japan, get a lot of coverage but thought that exciting developments are occurring in Southeast Asian markets.

The Asean Gaming Summit will run until the 23rd of March at the Conrad Manila.