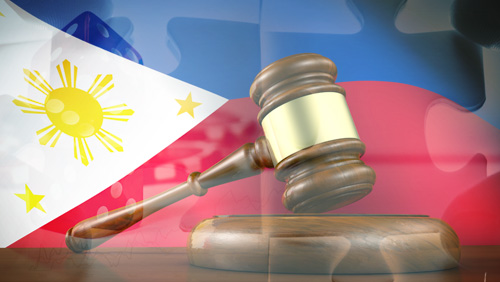 Gaming regulators in the Philippines are working on a proposal that will clear the confusion on the scope of authority the different gaming licensing jurisdictions should have in the country.

Jose Maria Ponce, administrator of the Cagayan Economic Zone Authority (CEZA), told industry executives at the ASEAN Gaming Summit in Manila they have come up with rules and regulations that will hopefully reconcile all gaming licensing authorities under one jurisdiction.

The Philippines has multiple gaming licensing jurisdictions. Aside from CEZA, there’s also the Aurora Pacific Economic Zone and Freeport Authority (APECO), the Authority of the Freeport Area of Bataan, as well as the country’s national regulator, the Philippine Amusement and Gaming Corporation (PAGCOR).

Under the proposed regulations, APECO-licensed operators “will be able to enjoy fiscal and economic incentives while they operate from within the zone.” However, APECO licensees can extend their online gaming operations outside of the Aurora province in eastern Luzon, provided that they are located in Philippine Economic Zone Authority (PEZA)-registered IT buildings.

The same rules will apply to CEZA licensees, but their business process outsourcing (BPO) operations can be extended outside the province of Cagayan as long as it’s in PEZA-registered buildings and other IT facilities and coordinated with APECO and PAGCOR.

PAGCOR license holders, on the other hand, can operate all over the Philippines for land-based gaming operations and if allowed by law for online gaming operations, except those covered by authorities under special laws, in particular those areas covered by APECO and CEZA, according to the proposal. It can have extended operations in IT buildings not being operated or under the control of APECO.

Previously, many CEZA-licensed operators chose to base much of their BPO and live dealer operations in more developed urban areas like Makati. However, that came to an end when PAGCOR announced that all Philippine-based online operators would have to get a new Philippine Offshore Gaming Operator (POGO) license.

Ponce admitted that POGO, and the confusion surrounding it, affected CEZA.

“It really affected us because there is some speculation that we will be out of the business and everything with, you know… it was really not that coordinated and I think that’s the reason why the Office of the President came up with this executive order for us to sit down and voice all of our concerns,” Ponce told reporters on the sidelines.

CEZA has about “a hundred foreign companies” holding licenses, with about 200 BPOs that service several foreign companies before they started migrating to PAGCOR—an exodus that “really affected” the agency. But don’t worry, Ponce said they “will fix everything.”

“I think this is also the right venue for us to see how we could work together and promote the Philippine jurisdiction because we know that not doing that will affect the operations of the Philippines. We will be losing all our operators if we are all quarreling each other so I think that is one reason why we came up with an executive order,” Ponce said.